The navy thanks you 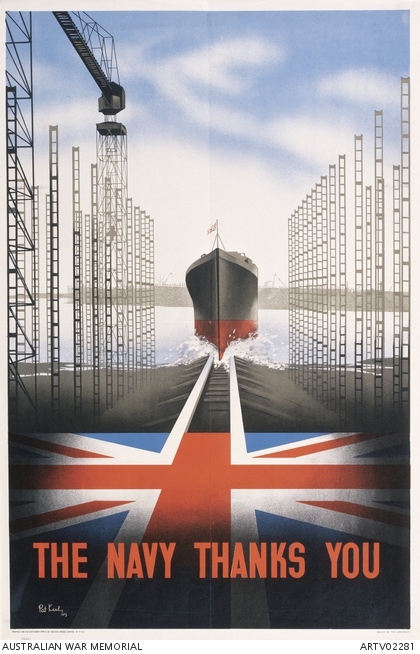 The British Admiralty published this poster in 1943, using artwork by British artist Pat Keely. The poster depicts a ship being launched from a boatyard along specially-built tracks. In the foreground of the poster is the Union Jack, which can also be seen flying on the bow of the ship. The title 'The Navy Thanks You', likely refers to thanking those in the home front both in Britain and throughout Allied nations for committing their labour and donations towards building a stronger navy.