"An Australian Light Horseman collecting anemones near Belah in Palestine" 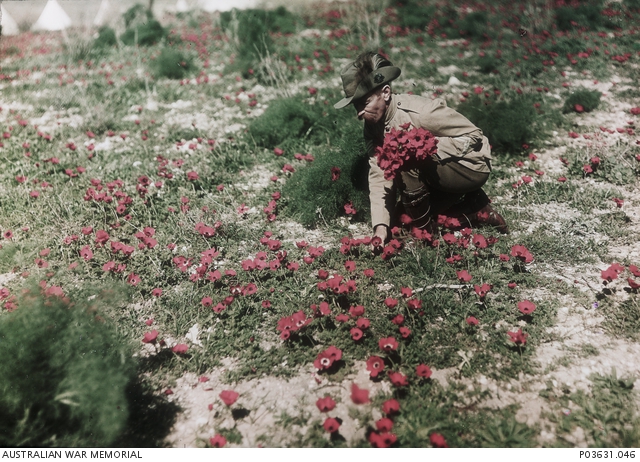 Original Australian War Records Section caption: "An Australian Light Horseman collecting anemones near Belah in Palestine". The soldier was identified in 2007 as being 2601 Trooper George "Pop" Redding, 8th Light Horse Regiment. Redding enlisted from Benalla, Victoria, on 28 August 1915 stating his age to be 44. He was in fact 57 making him nearly 61 at the time of this photograph and one of the oldest enlisted men in the AIF. This is an original Paget Plate colour image, a process with an inherent black and white glass negative. The same image is therefore available in black and white and held at B01664. See also P05658.002