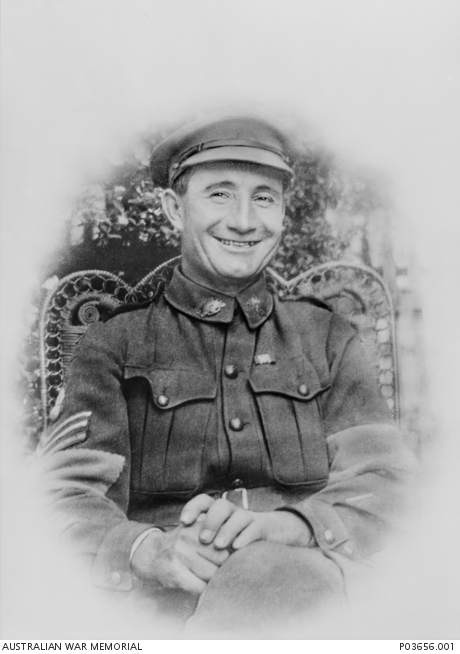 Portrait of 151 Sergeant (Sgt) Ernest Murray, MM and Bar, MID, 11th Battalion, of 'Kurrumbene', Canberra, ACT. Murray was a mechanic prior to enlisting with other Canberra boys on 27 August 1914, he embarked from Sydney, NSW, on 18 October 1914 aboard HMAT Afric. He is believed to be the first Canberra resident to have landed on Gallipoli at dawn on 25 April 1915. He was Mentioned In Despatches on 1 June 1917, and awarded the Military Medal for his bravery and determination during operations beteween 25 September 1917 and 28 September 1917 at Polygon Wood. He was awarded the bar to the Military Medal for his actions at Westhoek just a month later on 30 October 1917. He returned to Australia aboard HMAT Boorah on 21 July 1918.