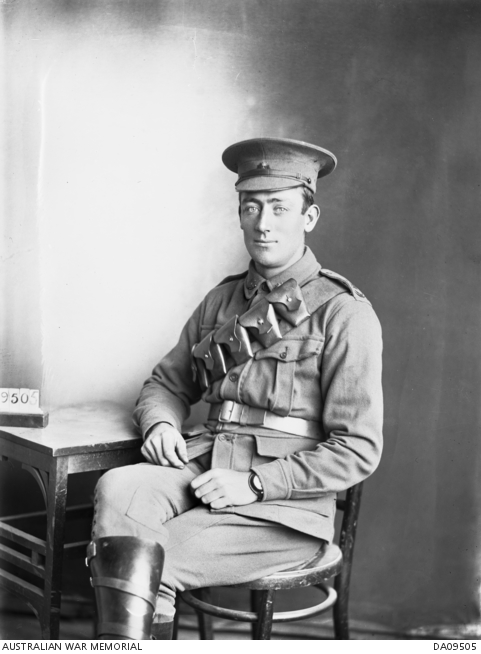 Studio portrait of 1067 Private (Pte) Michael Patrick Mulcahy, 2nd Divisional Signal Company, of Boosey, Vic. Pte Mulcahy enlisted on 29 March 1915 and embarked from Melbourne aboard HMAT Port Macquarie on 4 June 1915. He was awarded the Distinguished Conduct Medal (DCM) on 26 September 1916 at Pozieres in France. He later served as a corporal and died of a gun shot wound to the head on 31 October 1917.