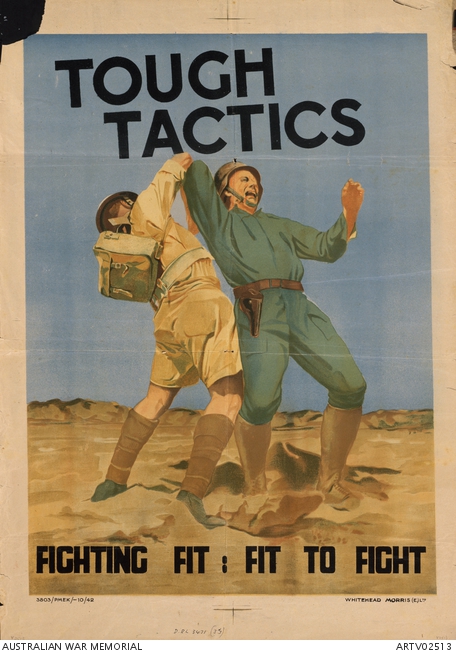 This British Second World War poster was created to promote the film 'Tough Tactics', a film outlining the physical training techniques used in the Middle East School of Physical Training. The introductory message from General Alexander at the start of the film addressed the need for troops to be 'fighting fit' and 'fit to fight' - the subtitle of this poster. The poster depicts an Allied soldier overcoming an Axis soldier using hand-to-hand combat.