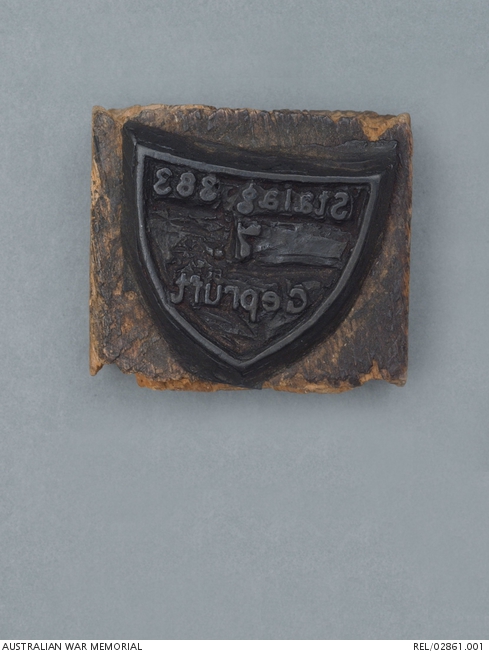 Small piece of wood with a carved wooden shield attached to one side. The sield has a raised edge and bears carved words within it 'Stalag 383 7 Gepruff'.

Made by British prisoners of war held at Stalag 383 at Hohenfels in Germany in 1942-1943. 'Gepruff' means 'passed' and was used as an approval stamp by the Germans when they had censored incoming and outgoing mail for Allied prisoners of war held in the camp. The fake stamp was used by prisoners handling the mail to defeat German camp security. Collected by NX45678 F Casley an Australian prisoner from 6 Division Australian Army Service Corps.