Committee in Defiance of the National Service Act 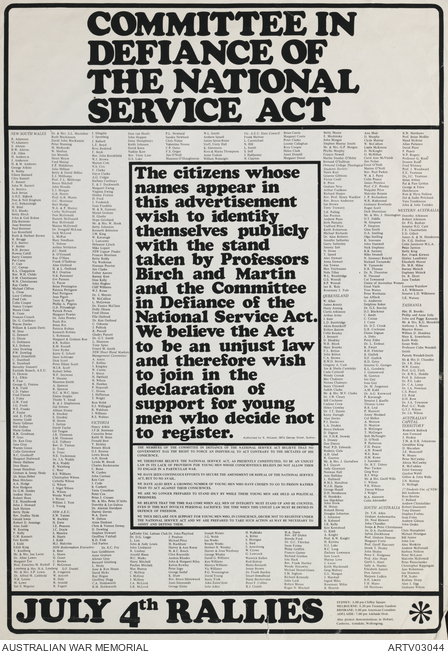 A text poster with lists of supporters of draft resisters, declarations against conscription and advertising rallies throughout Australia. A stylised Moratorium symbol appears on the lower right of the poster. The poster was produced by the Committee in Defiance of the National Service Act. It was formed in July 1969 after civil disobedience had spread from University students and academics to the wider community the month before. Its declarations of defiance received widespread support and by the end of November 1969 more than 8000 people had signed the Committee's 'incitement statements' which urged young men not to register under the National Service Act.