March with Resistance: May Day 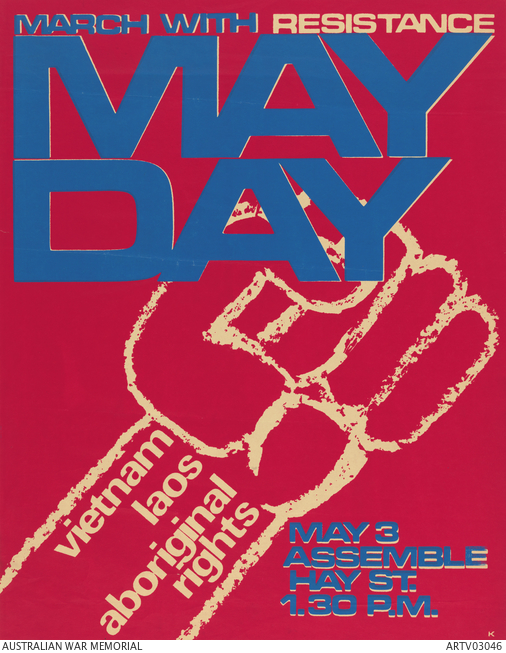 A raised clenched fist, accompanied with text advertising a 3 May Resistance march in Sydney that includes Vietnam, Laos and Aboriginal rights among its concerns. Resistance was a group formed late in 1969 in Sydney from a combination of earlier Left youth groups. In December 1969, in coalition with a number of other youth and university groups, they formed the December Mobilisation Committee and staged demonstrations to coincide with those in the United States. The 'Resistance Bulletin' was their official publication.