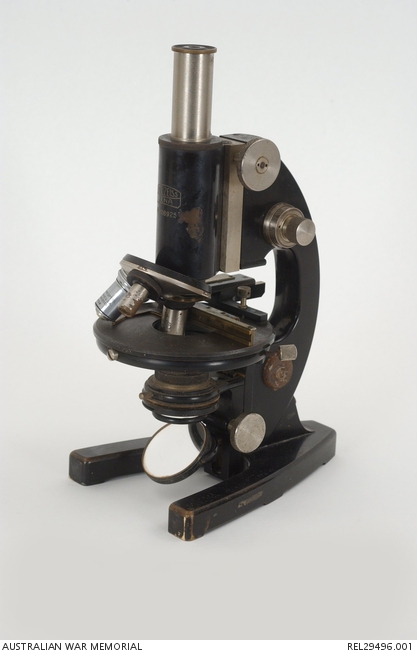 This microscope was acquired by NX26688 Sergeant Jim Armstrong, in late January 1942 from a deserted rubber plantation hospital, and passed to his Regimental Medical Officer, NX70273 Captain Charles Rowland Bromley (Rowley) Richards while they were attached to 2/15 Field Regiment, 8 Australian Division in Southern Jahore during the Malayan Campaign. Both Armstrong and Richards were captured at the fall of Singapore and imprisoned by the Japanese. During their captivity both men served along the Burma-Thai Railway with A Force. Richards was discharged on 7 December 1945 and Armstrong on 27 February 1946.