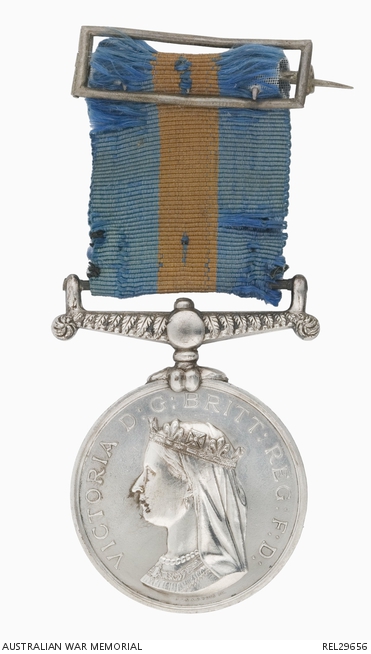 Henry Evelyn Woodville Preston obtained his commission in the 50th (Queen's Own) Regiment of Foot on 9 November 1855, and initially saw service in Ceylon. In 1863 the 50th Foot was sent to New Zealand following the outbreak of further fighting with the Maoris. Preston was present with the regiment when it disembarked at Auckland on 15 November 1863, and it is further recorded that he was present during the assault and capture of Rhagiawhia on 21 February 1864. Following service in New Zealand the 50th Foot was sent to New South Wales to reinforce local defences. In 1869 the regiment returned to England. In 1876 Preston retired from the Army, having completed over 20 years service. He returned to Australia in 1877 with a view to obtaining employment in the local Defence Forces, but failed to gain a suitable appointment. Preston worked in various legal positions for the rest of his life, and died in Sydney in 1905.