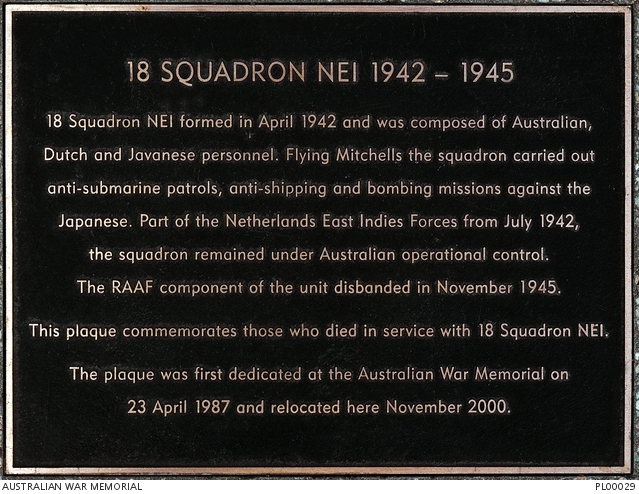 Commissioned by the Netherlands Ex Servicemen & Women's Association in Australia as part of the Australian War Memorial’s Plaque Dedication Program.

This plaque was dedicated on 1 October 2001 at a ceremony held at the Australian War Memorial. Note that the dedication ceremony for this plaque was rescheduled, and as such differs from the date as inscribed on the plaque.

The general location of the 18 Squadron NEI RAAF plaque is indicated by a red poppy on the map below. 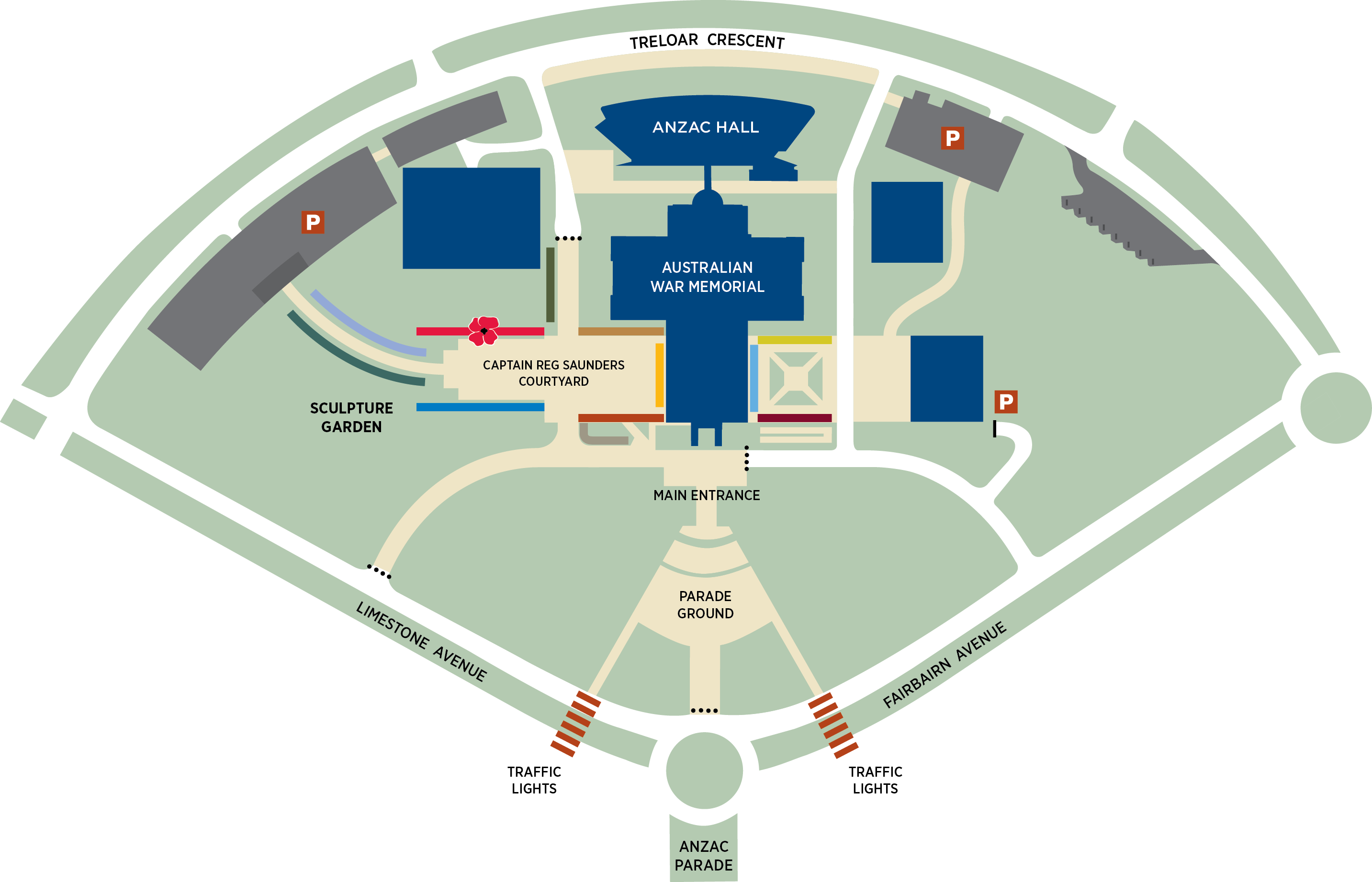