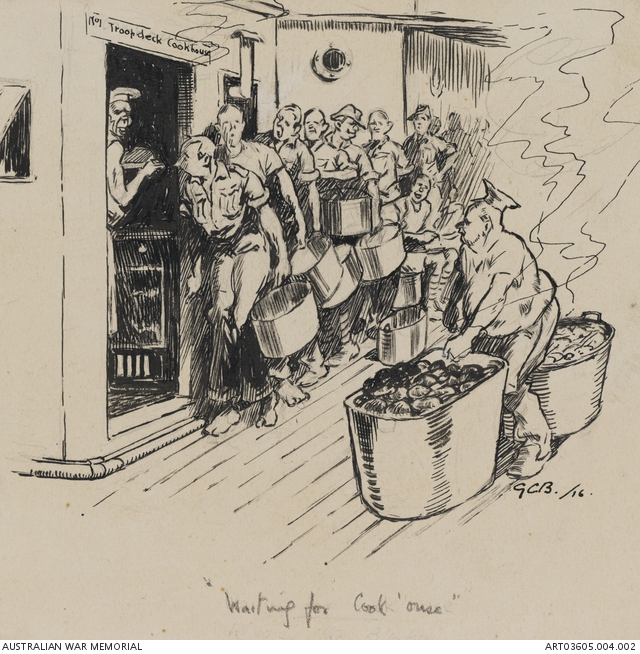 Depicts a queue of mess orderlies in uniform lining up with tin buckets for their meat rations at the 'No. 1 Troopdeck Cookhouse', while another cook, wearing a cap, drags two large tubs of vegetables along the deck of the ship. Inscription to the left of the sketch reads: 'The Cook House was a temporary [structure?] on the main deck and the mess orderlies laid up and received the meat from the cook and vegetables from the gentleman with the tubs, under the supervision of the orderly officer of the day'. The exact location in which this drawing was executed is unknown, but it likely to have been at sea.