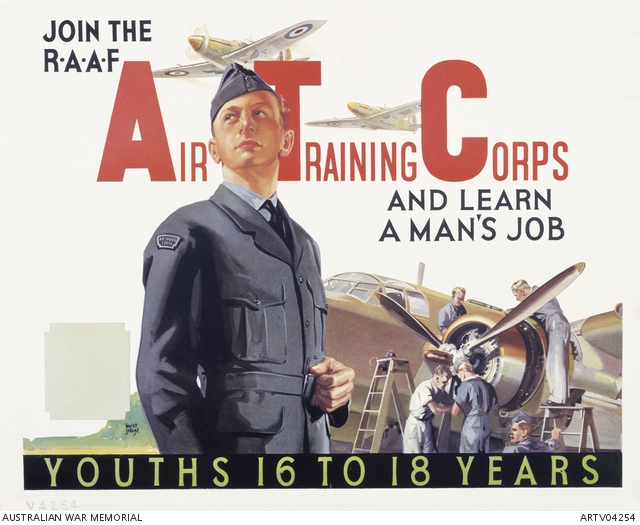 This poster was designed during the war to encourage men to join the RAAF Air Training Corps. Jardine has depicted an idealised man dressed in a RAAF uniform staring knowingly into the distance while men work on a plane in the background. The imagery that is used was intended to make people believe that 'real' men enlisted in the forces.