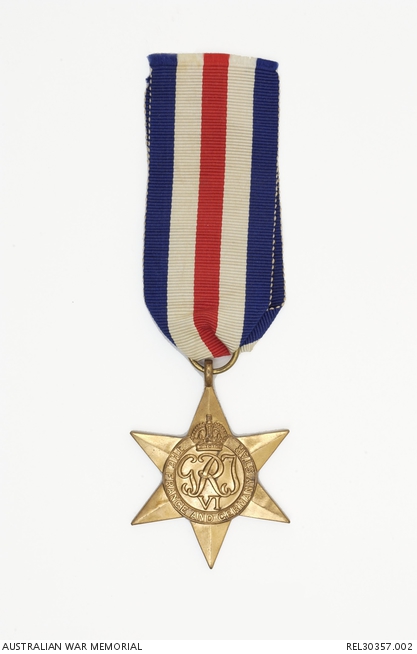 Awarded to 425962 Warrant Officer Walter James Peters. Peters was born at Sandgate, Qld, in 1922 and enlisted in the Royal Australian Air Force in Brisbane on 21 May 1942, aged 19. After initial training in NSW, Peters was sent to Canada and trained with Bomb and Gunnery and Air Observers Schools. In September 1943 he arrived in the United Kingdom and on 28 December 1943 he joined 17 Operational Training Unit based at Silverstone. On the night of 17 March 1944 his aircraft was shot down in the North Sea. He was picked up by a Dutch destroyer and taken to Guys Hospital. He remained there for several months with injuries to his back and legs. In September he joined 29 Operational Training Unit and then Headquarters 75 Base in December. In 1945 he served with 106, 630 and 44 Squadrons, RAF from February to June. He arrived home in Australia on 8 August 1945 and was discharged on 25 September 1945.