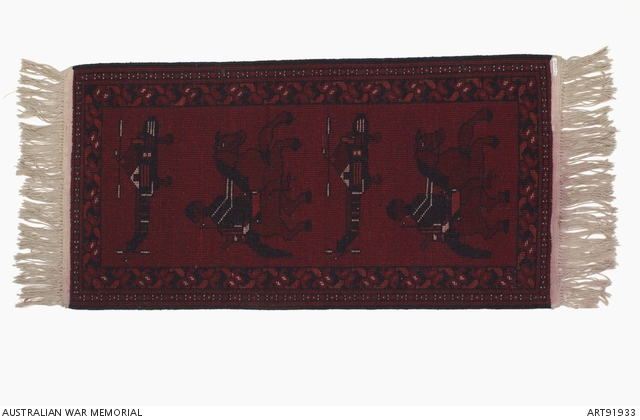 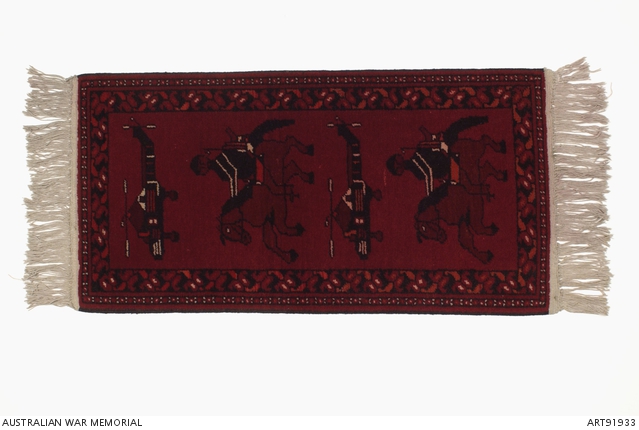 A small Afghan war rug (Turkoman), depicting images of Soviet helicopters and mounted Afghan horseman carrying rifles. Turkoman rugs were originally produced by nomadic groups inhabiting western Turkestan, predominantly in various rich shades of red, derived from the madder plant. The images of the horsemen and helicopters, as well as the main border with floral forms, are reduced to geometric and stylised forms. War rugs were produced as a result of the Soviet occupation of Afghanistan in 1979, originally intended as souvenirs for Russian soldiers. The rugs are made primarily by members of the Baluch, Uzbek, Turkmen and Hazara ethnic groups, who, most recently, have fled the domination of the Taliban in Afghanistan. As a result, weavers who have fled Afghanistan make contemporary war rugs in refugee camps at Peshawar and Quetta in Pakistan.