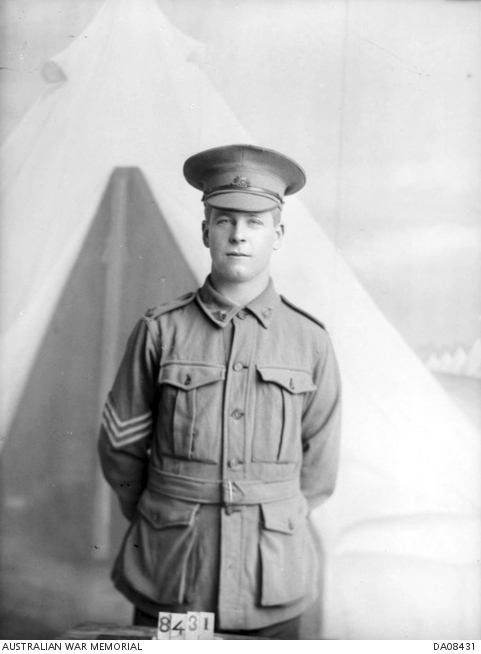 Studio portrait of 796 Sergeant (Sgt) Robert Kenneth Bazley, 21st Battalion, of Mooroopna, Vic. Sgt Bazley enlisted on 29 January 1915. On 26 November 1917 he was awarded a Military Cross (MC) for conspicious gallantry during a 21st Battalion attack on Broodseinde near Passchendaele in Belgium. On 16 September 1918 he was awarded a Bar to the MC for superior judgement and tactical skill during an attack on Ville-sur-Ancre near Albert in France. He returned to Australia on 13 April 1919 with the 24th Battalion.