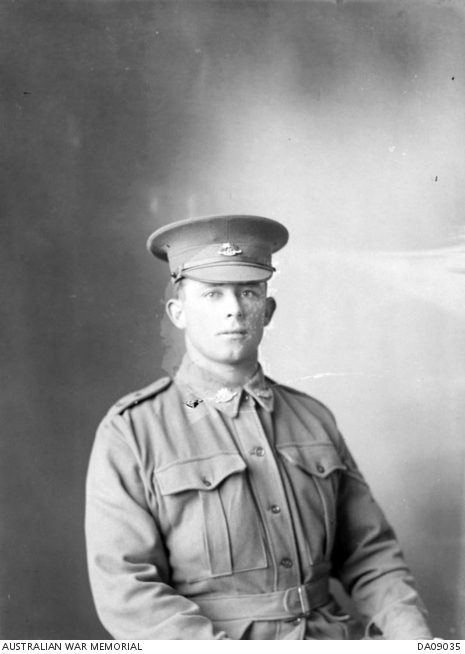 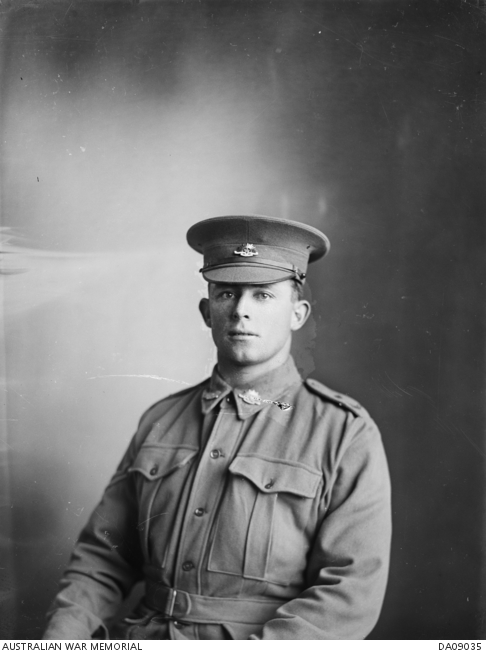 Studio portrait of 724 Corporal (Cpl) Charles Frederick Yeadon, 22nd Battalion, of Port Darwin, SA. Cpl Yeadon enlisted on 15 February 1915 and embarked on board HMAT Ulysses on 10 May 1915. He was later commissioned as a second lieutenant and was killed in action on 5 August 1916. He was posthumously awarded the Military Cross on 1 January 1917.