Men and pack mules rounding Idiot Corner, on Westhoek Ridge, in Belgium, moving up to the front ... 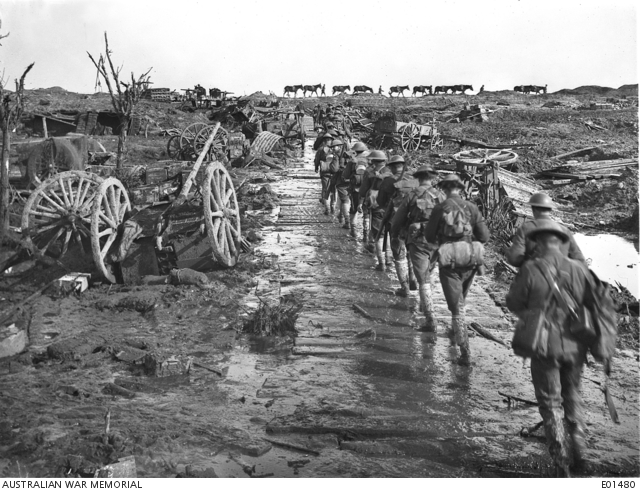 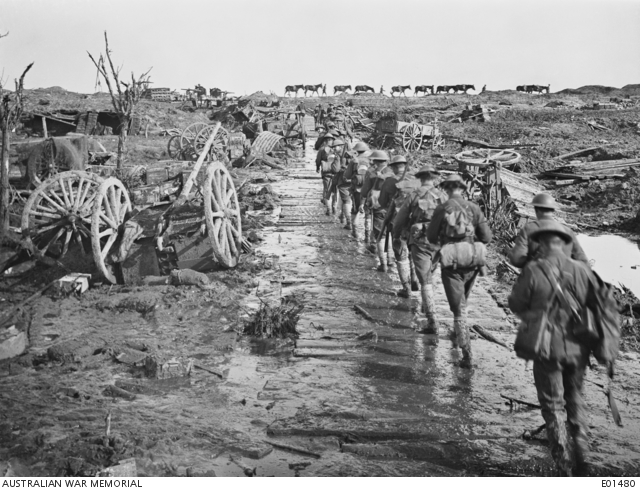 Men and pack mules rounding Idiot Corner, on Westhoek Ridge, in Belgium, moving up to the front line. To follow the duckboard and corduroy track was to be seen silhouetted against the skyline, both from the Australian position and that of the enemy - before he was driven from Broodseinde Ridge. But passage over any part other than the top of the ridge was impossible owing to mud. At this point many transports and guns were wrecked by the constant shellfire, and others were lost in the morass. One vehicle actually sank out of sight in the ooze a little to the right of the picture.

This is a composite photograph created by Hurley in 1918. It combines the line of horses, seen on the horizon and captured in E01197, with another photograph of the corduroy track taken from the same position and held at E01222. Although not his most ambitious composite, it shows Hurley's eye for detail and lengths to which he would go to complete a scene.