Successful British assault on the Messines-Wytschaete Ridge, a strongly held strategic position on the Western Front, which had been held by the Germans since late 1914. The offensive operation was the product of long preparation, detailed planning and sound training carried out by General Plumer's Second Army. The initial assault was preceded by the detonation of 19 mines under the German front line which caused an estimated 10 000 German casualties. British, Australian and New Zealand infantry advanced behind a carefully co-ordinated artillery bombardment and took all their objectives within the first hours of the battle. German counter attacks the following day failed, and although German resistance continued until 14 June, British, Australian and New Zealand forces retained possession of the captured areas. The battle is often cited as a model for a well planned limited objective attack. Messines represented a preliminary to the major British offensive in Flanders in 1917, the Third Battle of Ypres. 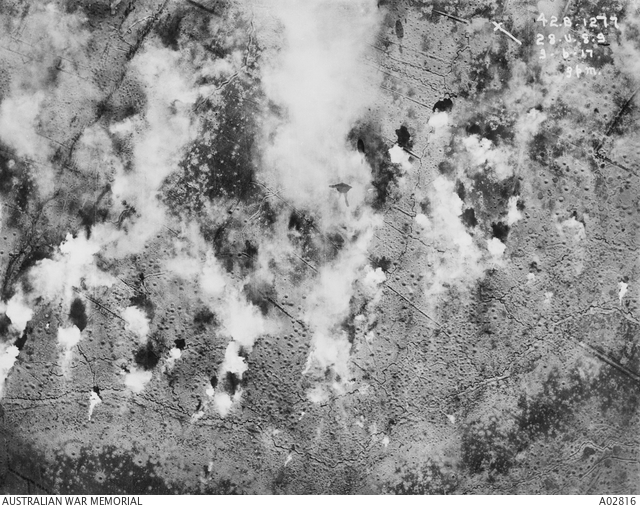 An aerial view of artillery bombardment taking place at Messines. The information in white at ...