The coastal city of Gaza was the heart of the main Turkish defensive position in southern Palestine. Three major battles were launched in 1917 by British and dominion forces to capture Gaza - only the third succeeded in this object.

The first battle of Gaza took place on 26 March 1917. Two British infantry divisions were to attack it from the south while the mounted troops of the Desert Column would attack from the flanks and north. When the attack was launched the infantry made slow progress but the mounted troops succeeded in capturing high ground to the north of the city and advancing into it. Concerned by the lack of progress made by the infantry, and fearing the water supplies vital for the mounted troops would not be captured that night, Lieutenant General Dobell, the British officer commanding the operation, ordered a withdrawal at dusk. The next morning, after realising his mistake, Dobell attempted to resume the battle with the infantry, but with the troops exhausted and the Turks having received reinforcements, the attack floundered.

The second battle of Gaza took place three weeks later, beginning on 17 April 1917. In the interim the Turks had extended and improved their defences. Dobell launched another frontal assault on the Turkish defences, which was supported by six tanks and gas shells. The tanks and the gas were both dismal failures and the attacking forces could make little headway against well-sited Turkish redoubts. After three days of fighting the attack was called off, having not gained any significant ground.

The third battle of Gaza was begun as a feint to divert enemy forces to Gaza. The garrison was bombarded for six days, and three divisions deployed, to fool the Turks into believing that another frontal attack was imminent. The real effort, however was to be made at Beersheba, the eastern extremity of the Turkish defensive line. Beersheba fell on 31 October 1917, allowing the British and dominion forces to outflank and roll-up the Turkish defensive line. This undermined the security of Gaza, which fell to the British on 7 November 1917 after little resistance from Turkish forces. 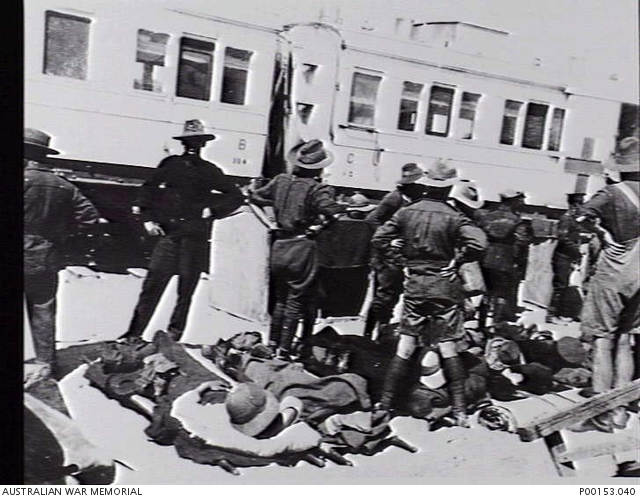 Soldiers wounded in the fighting at Gaza lie on stretchers on the platform near the hospital ... 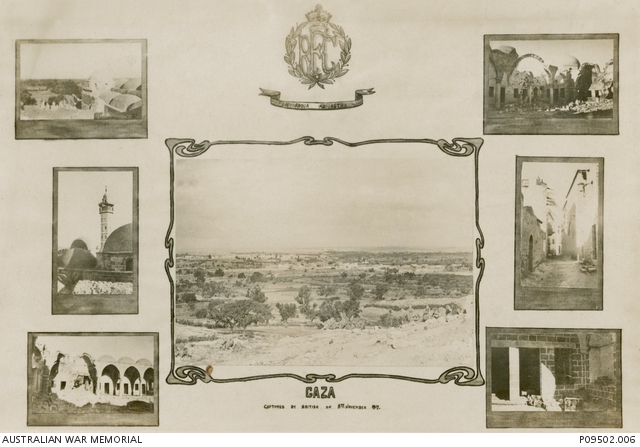 Postcard of the Royal Flying Corps commemorating the capture of Gaza by British Forces on 5 ... 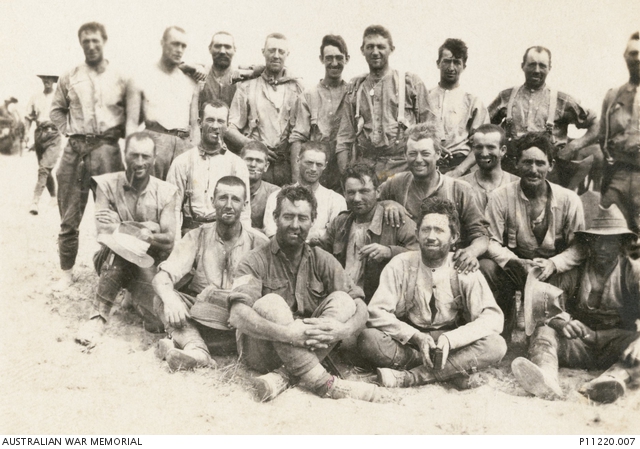 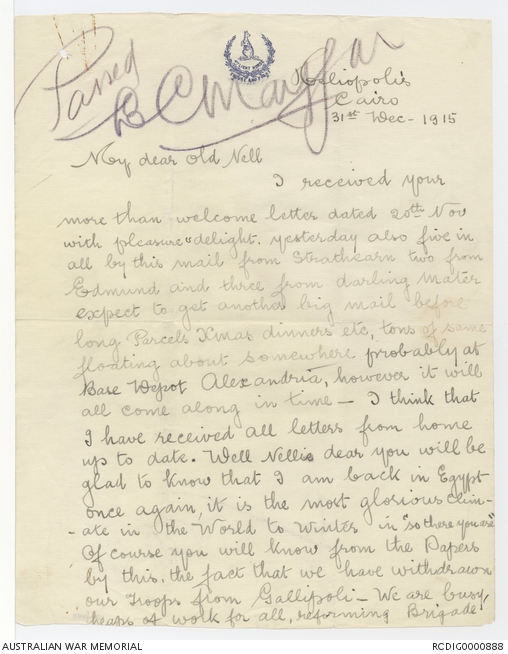