In part as a consequence of the tremendous losses incurred during the Somme Offensive in 1916, German forces on the Western Front between Cambrai and St Quentin withdrew to a new defensive line during February and March 1917. Called the "Siegfried Stellung (Line)" by the Germans, this complex system of defensive fieldworks and mutually supporting fortifications was named the "Hindenburg Line" by the Allies. This withdrawal straightened the German line, reducing its length by 25 miles and releasing 13 Divisions for service in the reserve.

In fact the near central "Siegfried Stellung" was only one of a series of highly sophisticated linked defensive trench lines constructed by the Germans. The entire defensive line from the coast to Verdun comprised: the "Wotan Stellung", between the Belgian coast and Cambrai; the "Siegfied Stellung" ("Hindenburg Line", the oldest and most complex central system) between Cambrai amd St Quentin; the "Alberich Stellung", between St Quentin and Laon. The "Brunhilde Stellung" protected the German front in Champagne and the "Kriemhilde Stellung" between the Argonne Forest and Metz. 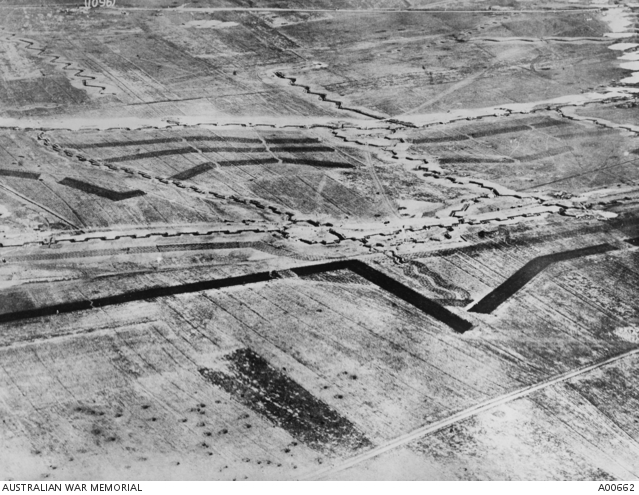 An aerial view showing a portion of the wire entanglements and trenches. 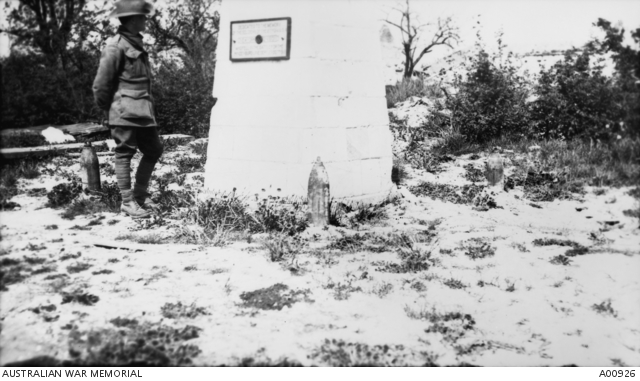 An Australian soldier standing next to a chalk monument which was erected by the men of the New ... 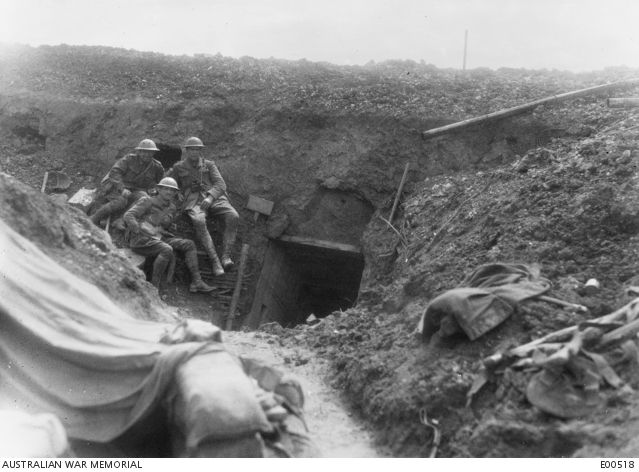 Exterior view of a dugout in the Hindenburg Line in front of Riencourt. Note the three men ... 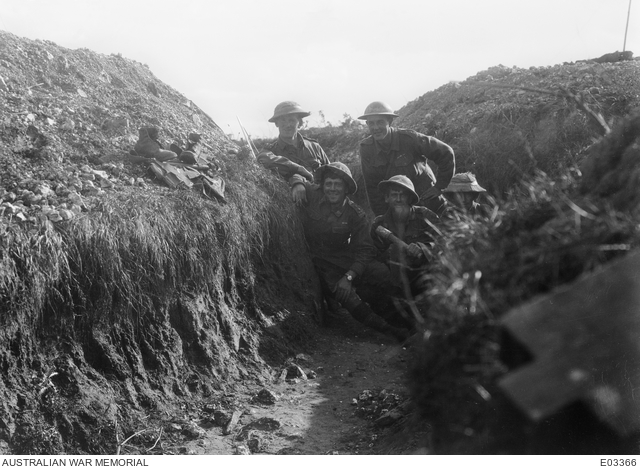 Lieutenant Colonel J. J. Corrigan DSO (left) with some of the officers and men of the 46th ... 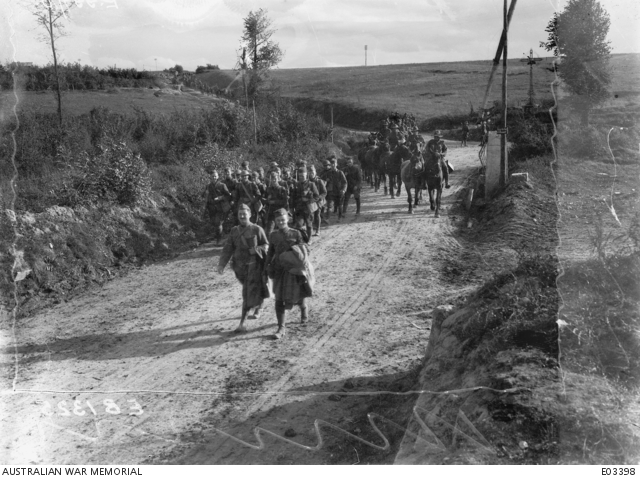 American troops arriving at Templeux, to join the Australians in the attack on the Hindenburg ... 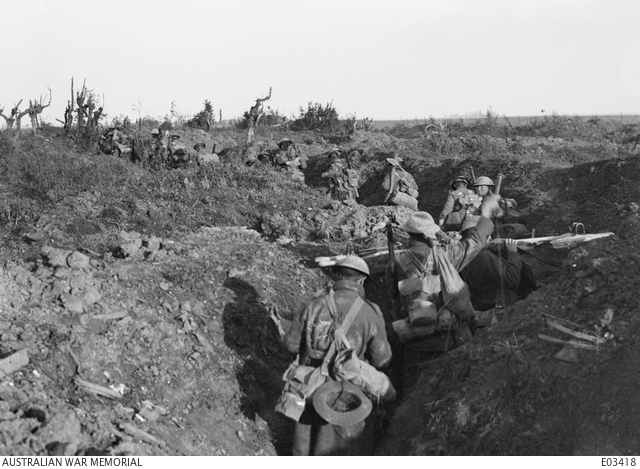 Australian Infantry passing along a sap towards Guillemont Farm, near Ronssoy, to reinforce the ... 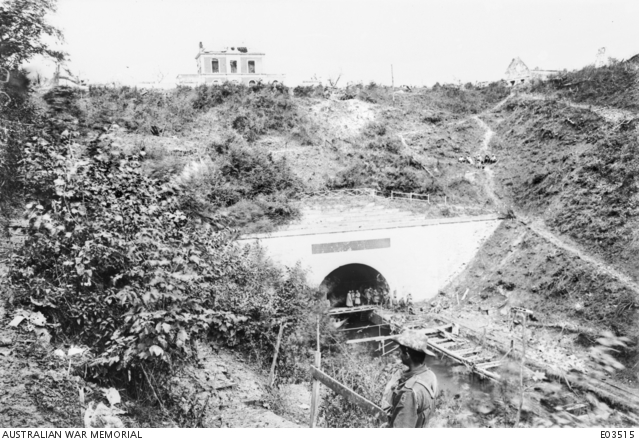 The Riqueval entrance to the St Quentin Canal Tunnel, captured on 29 September 1918. This tunnel, ... 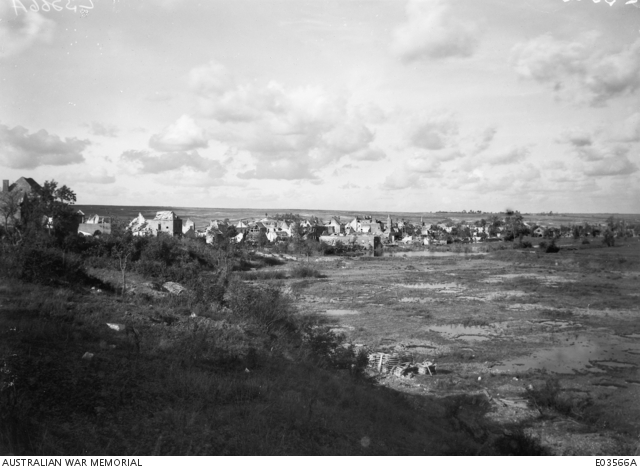 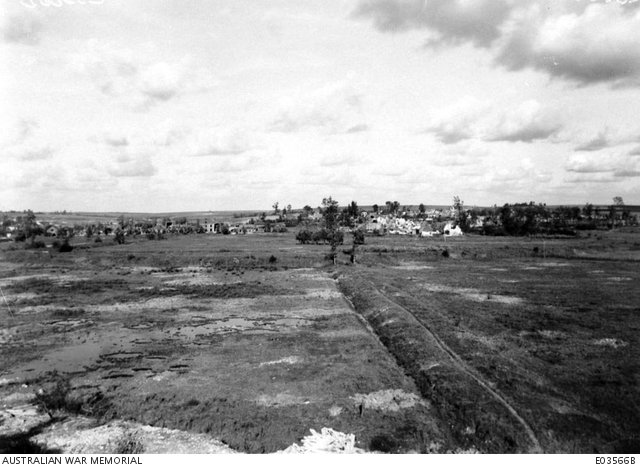 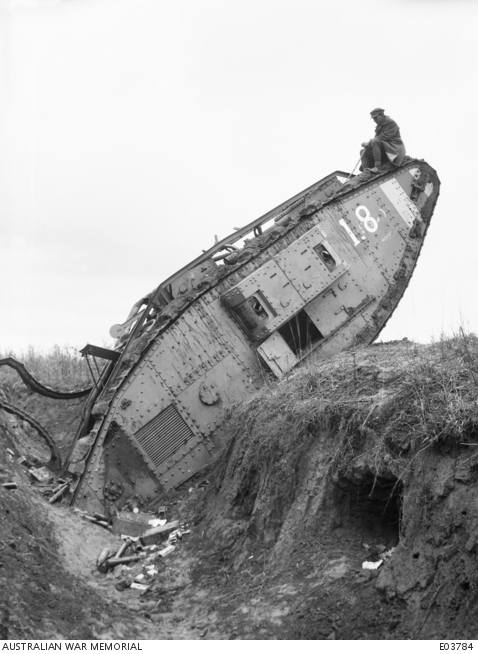 A tank put out of action when crossing a deep communication trench running from a dugout near the ...