Tobruk, a small town on the Libyan coast, was central to much of the fighting that took place in the Western Desert during the Second World War. It had originally been developed by the Italians during their colonisation of eastern Libya during the early decades of the 20th century. With a sheltered deep water harbour it became a key naval outpost. It was fortified during the 1930s with both coastal defence batteries and a 50 kilometre-long perimeter of reinforced concrete platoon posts, and other supporting infrastructure such as gun positions, headquarters bunkers, underground supply dumps, and observation towers.

When British and Commonwealth forces advanced out of Egypt and into Libya in January 1941, Tobruk was their second objective. The Italian defence perimeter was attacked by the 6th Australian Division on the morning of 22 January and the town fell the next morning. The operation resulted in approximately 27,000 Italian prisoners and the capture of over 200 artillery pieces, but cost 49 Australian lives. The 6th Division's advance pressed on beyond Tobruk and eventually they were withdrawn from Libya to be deployed to Greece.

The 9th Australian Division was moved in to Libya in February 1941 to garrison the territory captured by the 6th. By this time, however, German troops had arrived in Libya to reinforce their Italian allies and they launched an offensive that the British Commonwealth forces were ill-disposed to hold back. A retreat towards Egypt commenced. The 9th Division was ordered to fall back upon Tobruk, hold it in order deny its port facilities to the Germans, and delay their advance so as to provide time for defences on the Egyptian frontier to be prepared.

Tobruk and the 9th Division were subsequently encircled, beginning what became known as "the siege of Tobruk". Reinforced by the 18th Brigade of the 7th Australian Division and other British and Commonwealth troops, and resupplied by the sea, the 9th Division held Tobruk from April to September 1941. During this period it repelled two major German attacks. In September and October the 9th Division, its condition steadily declining, was relieved by the British 70th Division, which continued to defend Tobruk until the siege was finally lifted by Operation Crusader in December. The defence of Tobruk resulted in 749 Australian deaths, and another 604 became prisoners of war.

Tobruk was the scene of further heavy fighting in June 1942 when the fortunes of war again saw a British Commonwealth force seeking to deny the port to the enemy. The Axis forces, however, were in no mood for another siege and launched a massive attack to capture it on 20 June. It remained in their hands until their final retreat from Libya in November 1942. 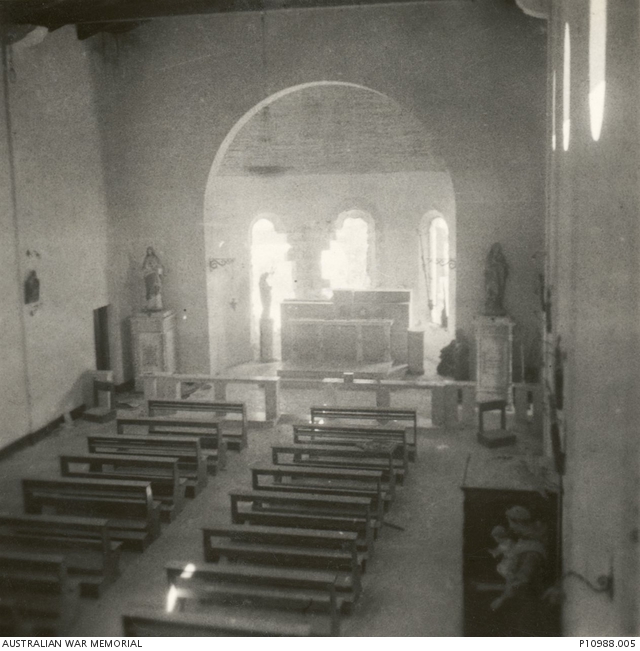 The interior of St Francis Church. While the windows have been blown out, this photograph was ... 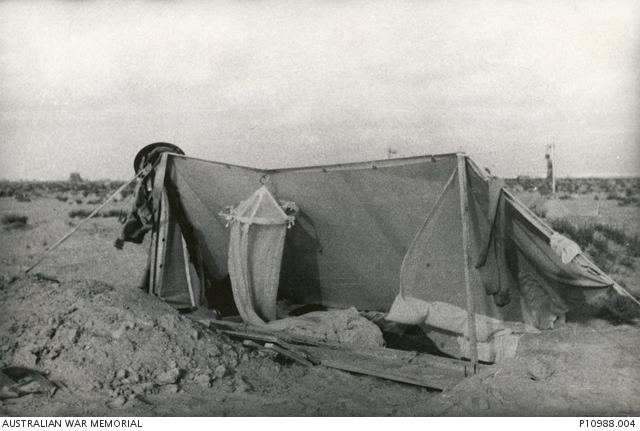 A dugout in the desert near Tobruk. The siege of Tobruk lasted from April to December 1941 and ...