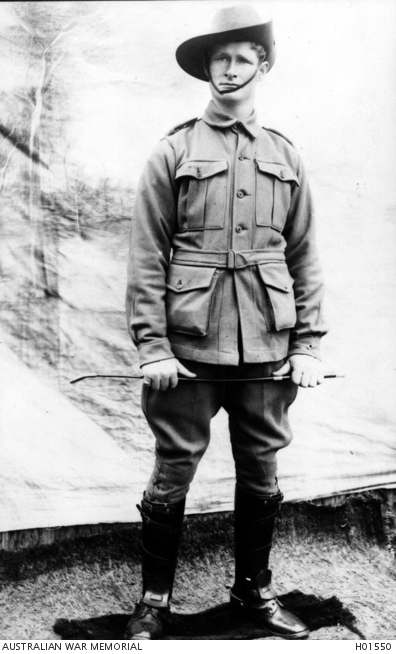 Studio portrait of 1440 Trooper Alfred Worfolk, 13th Light Horse Regiment (LHR) from Northcote, Victoria. A 26 year old farmer prior to enlisting on 7 July 1915, he embarked for overseas service with the 7th Reinforcements of the 13th LHR from Melbourne aboard HMAT Ceramic (A40) on 23 November 1915. After disembarking in Egypt, he transferred to the 5th Divisional Cavalry and went with them to France in June 1916 where he transferred to the 1st Anzac Army Corps Light Horse Regiment. After taking ill on 10 November 1917 he was hospitalized in France before being evacuated to England for further medical treatment and recuperation. On 6 June 1918, he re-joined the 13th LHR in France and served on the Western Front until he returned to Australia on 8 June 1919.