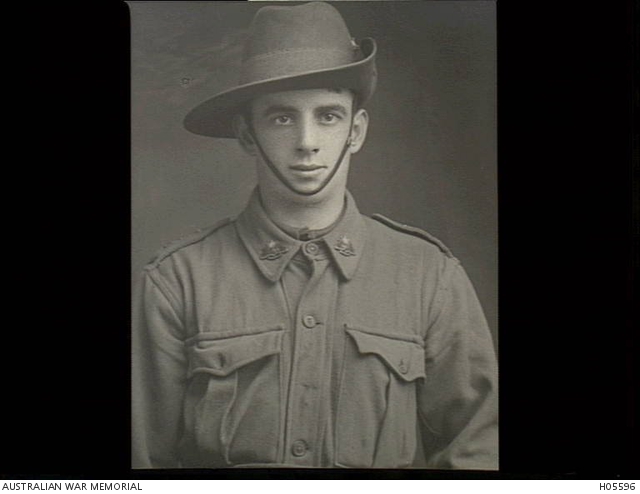 Studio portrait of 2880 Private (Pte) Ernest Meredith McGregor, 8th Battalion from Williamstown, Victoria. A 19 year old boilermaker prior to enlisting on 5 July 1915, he had previously served with the Citizens' Forces, was a holder of their Silver Badge and was Senior Cadet Compact in 1913-14. On 15 September 1915 he embarked for overseas with the 9th Reinforcements from Melbourne aboard SS Makarini but a month later he contracted meningitis in Egypt and died on 11 October 1915. Pte McGregor is buried in the Suez War Memorial Cemetery, Egypt.