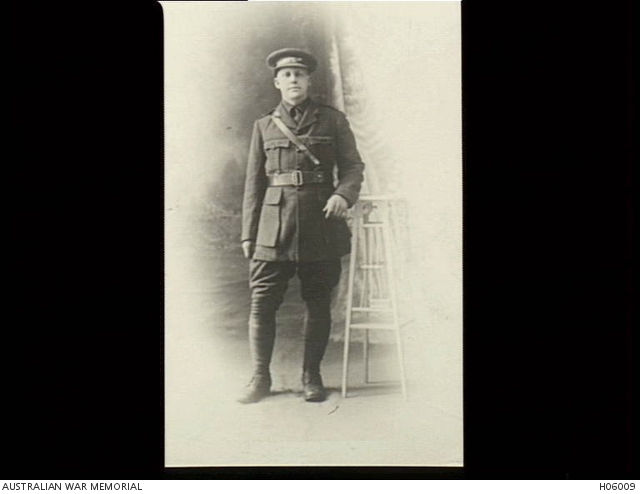 Studio portrait of 355 Sergeant Gerald Wallace Harvey, 41st Battalion from Toowoomba, Queensland. A 21 year old fireman prior to enlisting on 11 October 1915, he embarked for overseas with B Company from Sydney on 18 May 1916 aboard HMAT Demosthenes. After being commissioned as a Second Lieutenant on 13 January 1917, he was killed in action at Ploegsteert Wood, Belgium on 14 April 1917 and is buried in the Berks Cemetery, Ploegsteert.