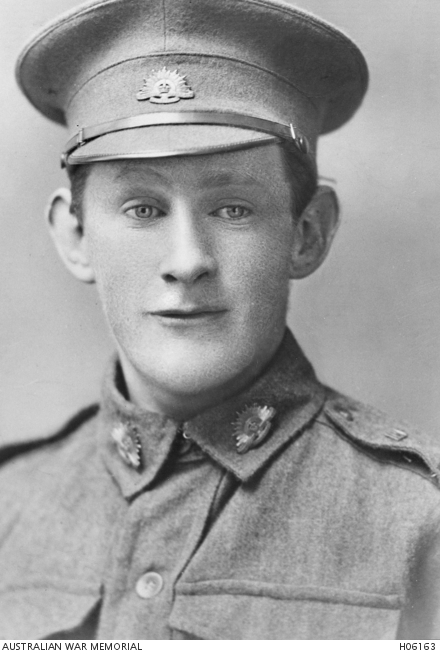 Studio portrait of 4340 Private Clarence Everard Young, 8th Battalion from Hamilton, Victoria. An 18 year old driver prior to enlisting in the AIF on 26 July 1915, he embarked for overseas with the 13th Reinforcements from Melbourne on 29 December 1915 aboard HMAT Demosthenes. He was killed in action on 28 July 1916 near Pozieres, France and was buried 800 yards south east of Mouquet Farm. His grave could not be located after the war and his name is inscribed on the Villers-Bretonneux Memorial with other Australian soldiers who have no known grave.