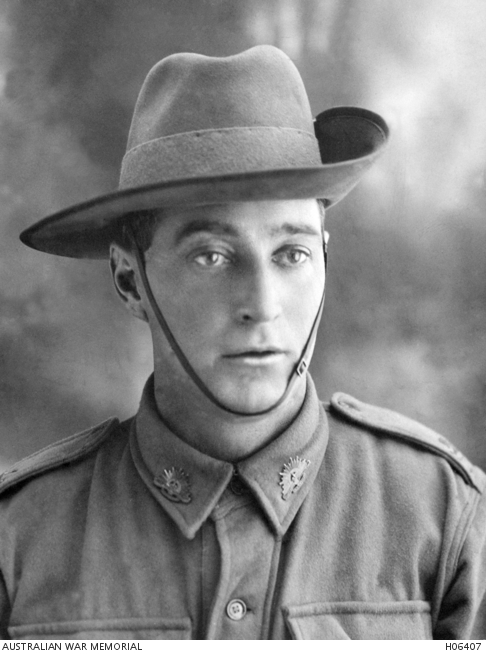 Studio portrait of 223 Private (Pte) George Howard Lockyer, 20th Battalion from Croydon, NSW. A 30 year old commercial traveller prior to enlisting on 6 March 1915, he embarked for overseas with A Company from Sydney on 25 June 1915 aboard HMAT Berrima (A35). While serving with the 20th Battalion at Gallipoli, he was awarded a Military Medal for bravery during the evacuation. Cpl Lockyer proceeded to France with the battalion and was killed in action at Pozieres on 30 July 1916. He is buried in Pozieres British Cemetery, Ovillers-La Boisselle, France..