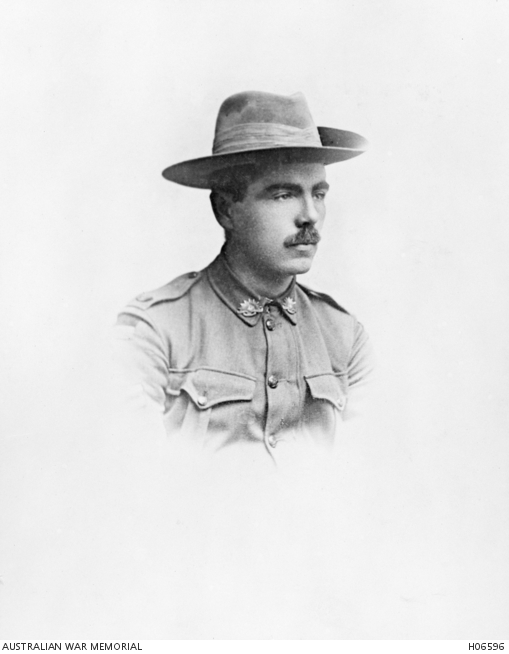 Studio portrait of 5969 Corporal (Cpl) Ernest Cecil Foss, 11th Battalion. A farmer from Subiaco, WA prior to enlistment, Cpl Foss embarked with the rank of Private with the 19th Reinforcements from Fremantle on HMAT Miltiades on 7 August 1916. Subsequent to his promotion to Corporal, he was killed in action on 3 June 1918, aged 33, and is commemorated on the Villers-Bretonneux Memorial. His two brothers, Captain Cecil Maitland Foss and Second Lieutenant Henry Clinton Foss, both of the 28th Battalion, were also killed in action.