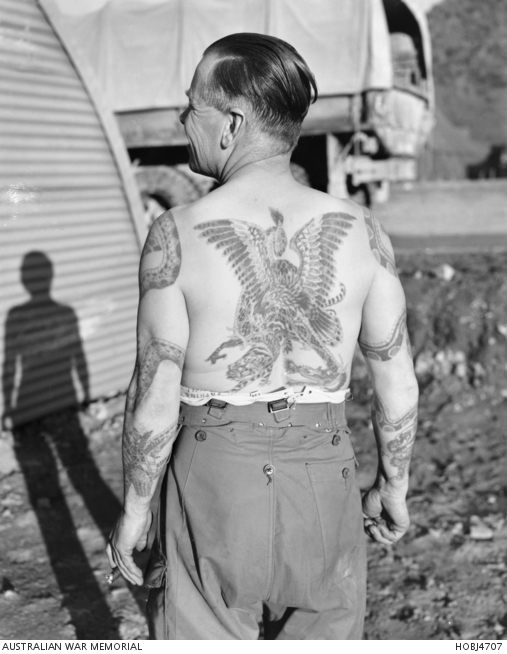 Korea. December 1953. A view from the back of Private (Pte) W. (Bill) Seraphina, the most tattoed man in the 2nd Battalion, The Royal Australian Regiment (2RAR), of St Marys, NSW, and previously of Montrose, Scotland. Pte Seraphina migrated to Australia with his family in 1951. During his adventurous life he chased smugglers on the China Coast, visited 78 different countries and was interned by the Japanese in the Second World War. He collected his famous tattooing in Egypt, England, India, Hong Kong and Japan.