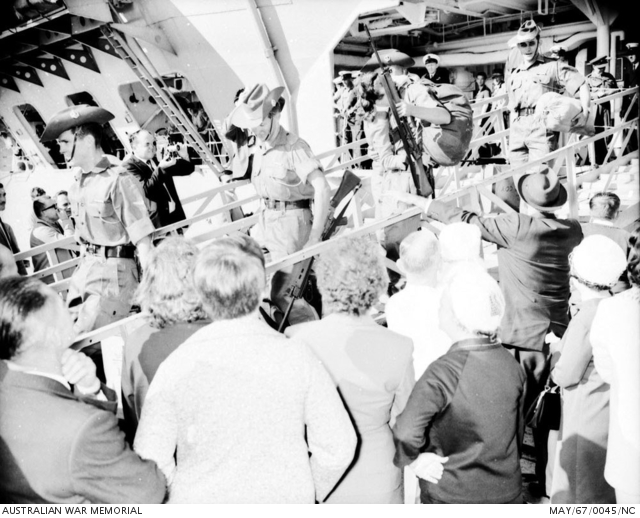 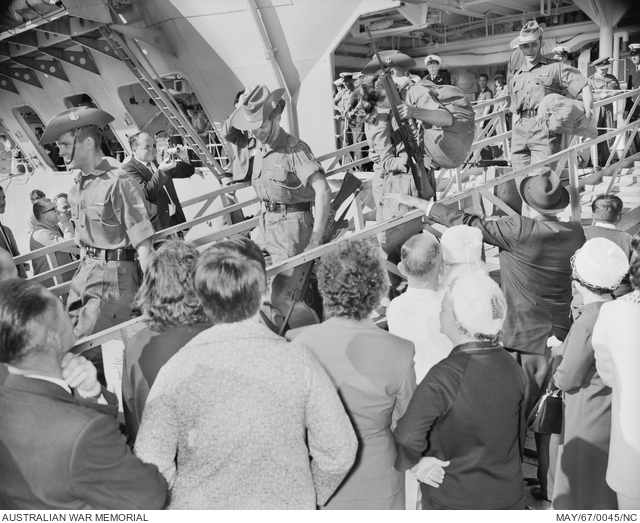 Brisbane, Qld. 14 June 1967. Home from the war, and these troops of the 6th Battalion, The Royal Australian Regiment (6RAR), hurry down the gangplank to seek out their loved ones. The soldier in the centre is greeted by a hug as his sweetheart rushes up the gangplank to meet him. About 2000 relatives and friends packed the wharves to give a rousing welcome to Vietnam veterans from 6RAR, 101 Field Battery and 161 Reconnaissance Flight, all Queensland based units. Later an estimated 60000 people linned the city streets as 700 troops marched triumphantly past the Brisbane City hall where the Governor, Sir Alan Mansfield, took the salute.