A Lockheed Hudson aircraft crew of No. 2 Squadron RAAF study a map beside a Squadron aircraft. ... 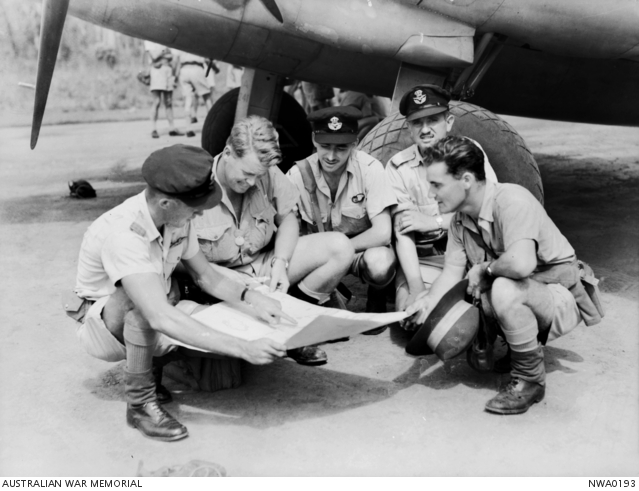