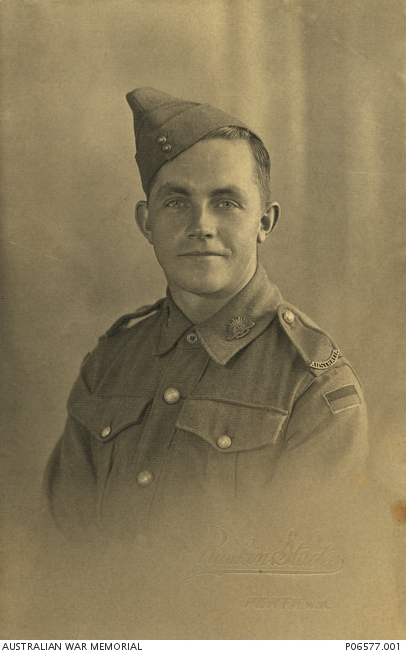 Lewis Gray enlisted to the Second Australian Imperial Force on 7 November 1939. He served in Palestine, Egypt and Libya with 2/11 Australian Infantry Battalion as a Private, and was in the front line of fighting at both Bardia and Tobruk. Gray was later promoted to Lance Corporal and transferred to 19 Training Battalion (Infantry) attached to the vessel HMT Slamat. On 27 April 1941, while the Allied forces were evacuating Greece, Lewis Gray was killed in action off the coast of Leonidio, Greece. He is commemorated at Athens Memorial, Greece.