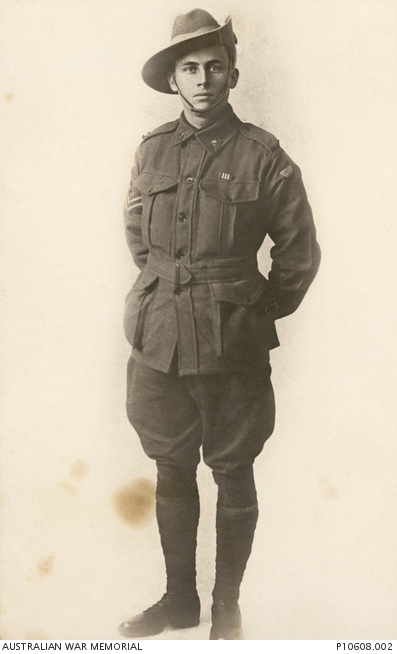 Studio portrait of 2257 Corporal (Cpl) Harry Burgan Slee MM, 50th Battalion. A student school teacher from Wallaroo Mines, SA prior to enlistment, Cpl Slee embarked with the rank of Private with the 4th Reinforcements from Adelaide on HMAT Ballarat on 12 August 1916. Later promoted to Lance Corporal, he was awarded the Military Medal for bravery in the field. Subsequently promoted to Corporal, he was posted as wounded and missing in action. It was later determined that he had been killed in action on 25 April 1918, aged 20, and having no known grave is commemorated on the Villers-Bretonneux Memorial. See also P09291.077.