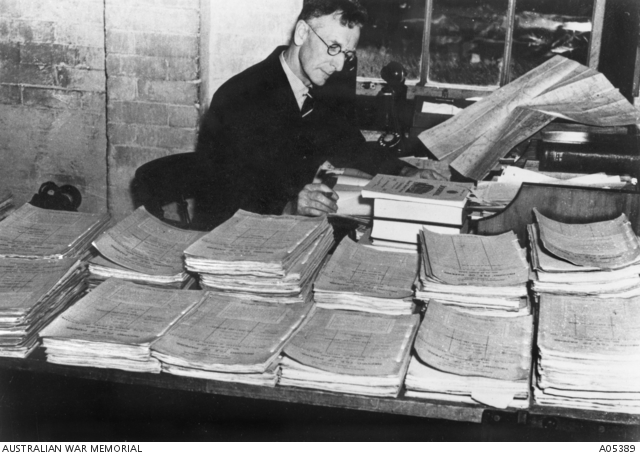 Charles Bean is perhaps best remembered for the official histories of Australia in the First World War, of which he wrote six volumes and edited the remainder. Before this, however, he was Australia's official correspondent to the war. He was also the driving force behind the establishment of the Australian War Memorial. Bean was born on 18 November 1879 at Bathurst, New South Wales and his family moved to England when he was ten. He completed his education there, eventually studying classics and law at Oxford.

Bean returned to Australia in 1904 and was admitted to the New South Wales Bar. He travelled widely in New South Wales as a barrister's assistant and, struck by the outback way of life, wrote and illustrated a book, The impressions of a new chum. The book was never published but in mid-1907 much of its content appeared in a series of Sydney Morning Herald articles under the by-line 'CW'. In these articles Bean introduced a view of Australia, particularly its men, which foreshadowed much of what he would write about the AIF.

He then reported on the Australians on the Western Front where his admiration of the AIF crystallised into a desire to memorialise their sacrifice and achievements. In addition to his journalism, Bean filled hundreds of diaries and notebooks, all with a view to writing a history of the AIF when the war ended. In early 1919 he led a historical mission to Gallipoli before returning to Australia and beginning work on the official history series that would consume the next two decades of his life.

Along with his written work, Bean worked tirelessly on creating the Australian War Memorial in Canberra. He was present when the building opened on 11 November 1941 and became Chairman of the Memorial's board in 1952. He maintained a close association with the institution for the rest of his life.

During the Second World War, Bean liaised between the Chiefs of Staff and the press for the Department of Information. He became Chairman of the Commonwealth Archives Committee and was instrumental in creating the Commonwealth Archives. Between 1947 and 1958 he was Chairman of the Promotion Appeals Board of the Australian Broadcasting Commission and continued to write - a history of Australia's independent schools and finally a book on two senior AIF figures, Two men I knew.

Bean received a number of honorary degrees and declined a knighthood. He had married Ethel Young in 1921 and the couple adopted a daughter. Bean, one of the most admired Australians of his generation, died after a long illness in Concord Repatriation Hospital in 1968. 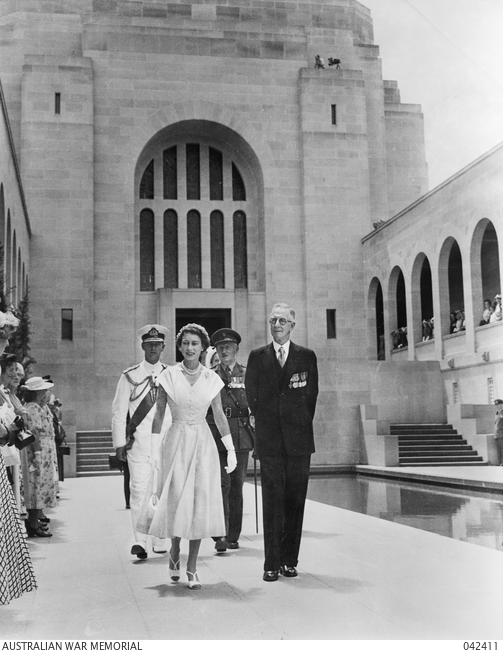 Her Majesty the Queen accompanied by Dr C E W (Charles) Bean, Chairman of the Board of Management ... 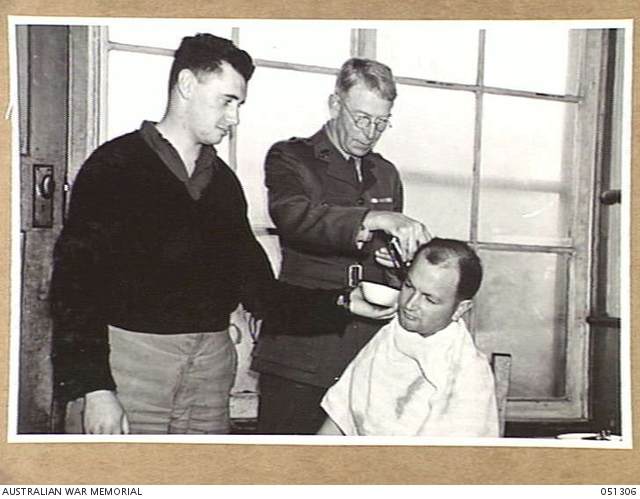 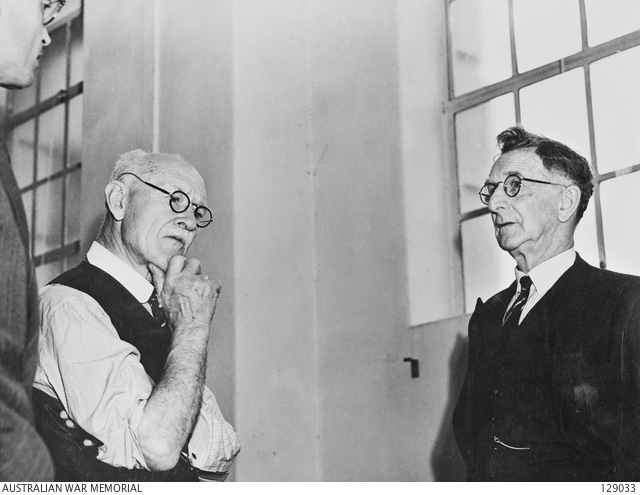 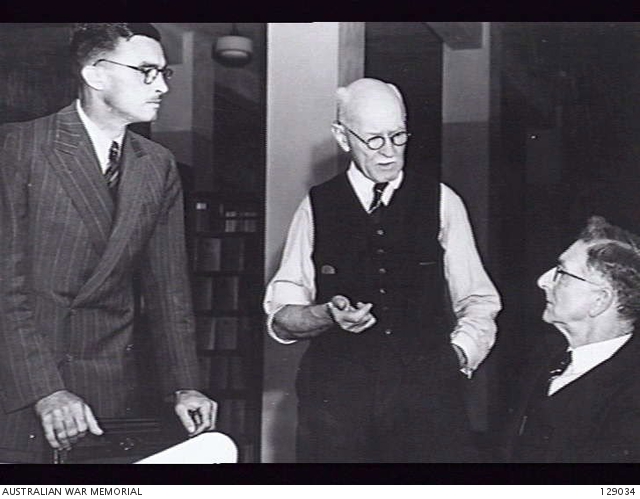 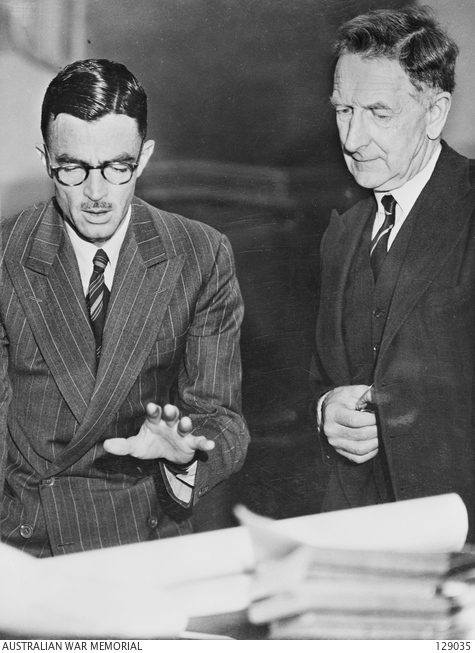 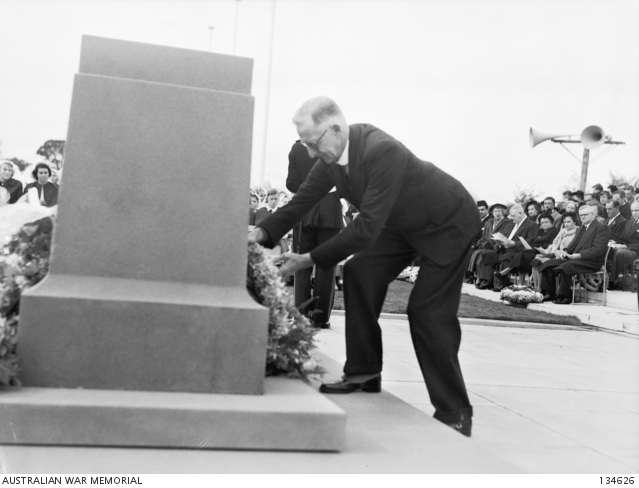 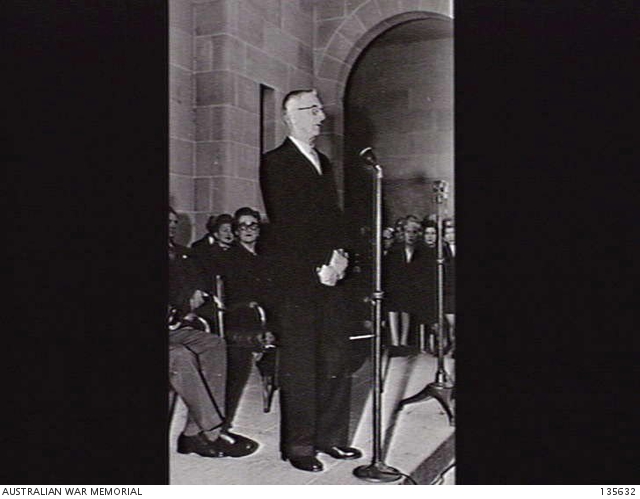