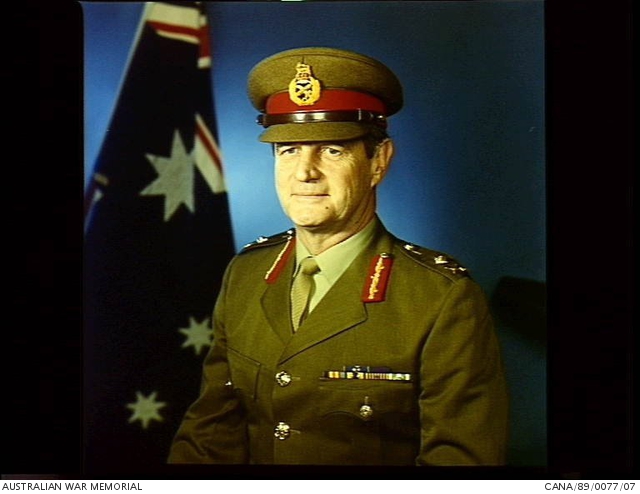 John Murray Sanderson was born on 4 November 1940 in Geraldton, Western Australia. At the age of 18 he entered the Royal Military College, Duntroon, graduating in December 1961 and being commissioned in the Royal Australian Engineers. Sanderson also completed a Fellowship Diploma in Civil Engineering at the Royal Melbourne Institute of Technology and married in December 1962.

In 1971 Sanderson was appointed Senior Instructor at the School of Military Engineering before beginning attendance at the Australian Staff College in 1973. Two years later, in 1975, Sanderson was promoted to lieutenant colonel. He returned to England in 1976 as the exchange instructor at the British Army Staff College. On returning to Australia in 1978 he took command of the 1st Field Engineer Regiment, holding that position from 1979 to 1980 before attending the Joint Services Staff College in 1981. He was also appointed as the Military Assistant to the Chief of the General Staff late that year before being promoted to colonel and appointed as Director of Army Plans in 1983.

In June 1985 Sanderson began a year long attendance at the United States Army War College before returning to Australia, having been promoted to brigadier. After a brief period chairing the Army Reserve Review Committee, he took command of the 1st Brigade. In 1989 Sanderson served as Chief of Staff, Land Command before being promoted to major general and appointed as Assistant Chief of Defence Policy. At the end of that year he was appointed Assistant Chief of Defence Force Development.

In October 1991 Sanderson's career again took him overseas, first as advisor to the Secretary General in the planning for the United Nations Transitional Authority in Cambodia and then as the authority's military commander with the rank of lieutenant general. At the end of this posting, in October 1993, Sanderson returned home and was appointed as the first Commander Joint Forces Australia, holding this post until becoming Chief of the General Staff in June 1995. In June 1997 his title was changed to Chief of Army.

Sanderson has received numerous honours and awards, both foreign and Australian, including an honorary Doctorate of Letters from Murdoch University. The culmination of his career came in 2000 when he was appointed Governor of Western Australia. 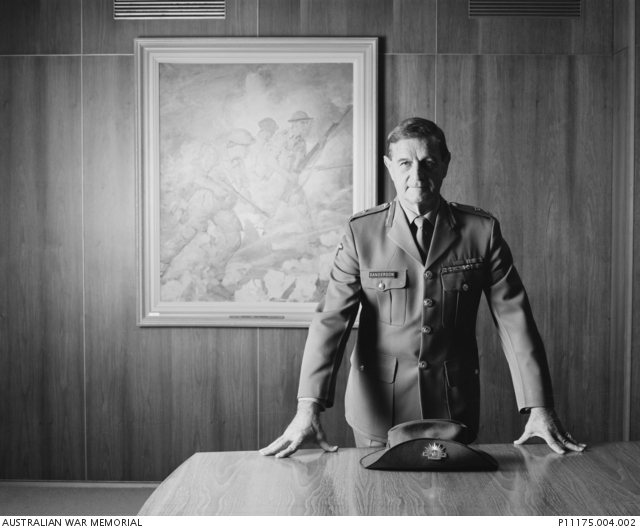