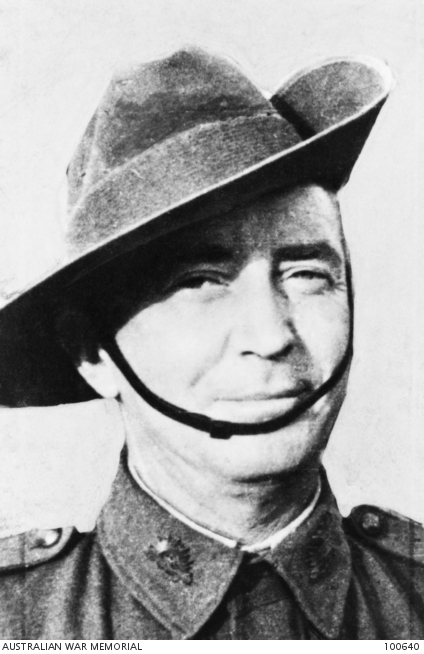 Percy Gratwick (1902-1942) was a 40-year-old former gold prospector from Western Australia. On the night of 25/26 October 1942 in an attack on Trig 29, west of El Alamein, Gratwick's company suffered heavy casualties and was held up by intense enemy fire; his platoon lost its commander, its sergeant, and most of the men. Seeing the seriousness of the situation, Gratwick launched a single-handed attack with grenades, rifle, and bayonet on the German posts. He finally fell to a burst of machine-gun fire. His lone efforts had a big impact, inspiring all those around him and enabling the company to advance. Gratwick was posthumously awarded the Victoria Cross.