Charles George Suckling was born on 8 June 1893 to parents George Alfred and Lily (Lillian) Suckling (nee Harrison), at Perth, Western Australia. Charles Suckling enlisted in the Royal Australian Navy, aged 19, on 3 September 1912, for five years of service.
After spending time on HMAS Cerberus and HMAS Encounter, Suckling was assigned to one of Australia’s newly submarines, HMA Submarine AE2. He was a part of the Australian and British naval contingent to transport the submarines AE1 and AE2, after they were commissioned, from England to Australia, in 1914. Upon his return to Australia in May 1914, he married Margaret Cross at Newtown, New South Wales.
Following the outbreak of war in August 1914, the AE2 was deployed with the Australian Naval and Military Expeditionary Force to seize German New Guinea. After returning to Sydney in November 1914, the AE2 left for Europe from Albany, with the second Australian Imperial Force Convoy.
The AE2 was stationed off the Gallipoli Peninsula and on 25 April 1915, at 2.30am, was the first submarine to enter the Dardanelles. On 26 April 1915 she entered the Sea of Marmara, and for the next four days attacked Turkish shipping with her torpedoes. On 30 April 1915, the AE2 was hit by a torpedo and her crew abandoned ship. The AE2 was scuttled by her officers and her crew, including Charles Suckling, were taken prisoners of war by the Turkish forces. The men were forced to work on building a railway through the Taurus Mountains of Southern Turkey.
Suckling was repatriated from Turkey after the armistice, arriving in Alexandria on 21 November 1918. He returned to Australia where he worked as a butcher and shopkeeper. He and his wife, Margaret, had one son, Charles Edgar. Margaret died in 1949. Charles married Doreen Lucy Boundy at Perth, Western Australia in 1952.
Charles George Suckling was the last living member of the AE2 crew, and he died on 9 February 1984 at Perth, Western Australia. 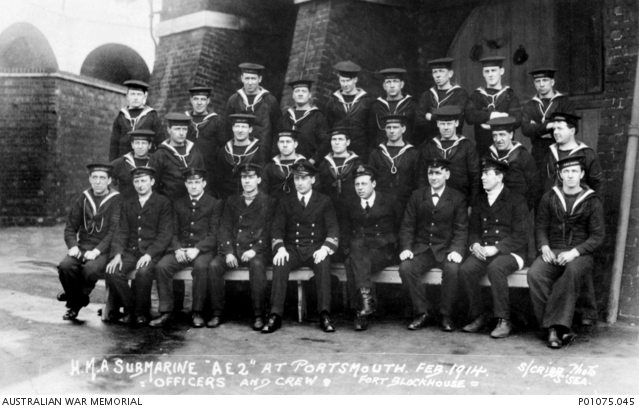 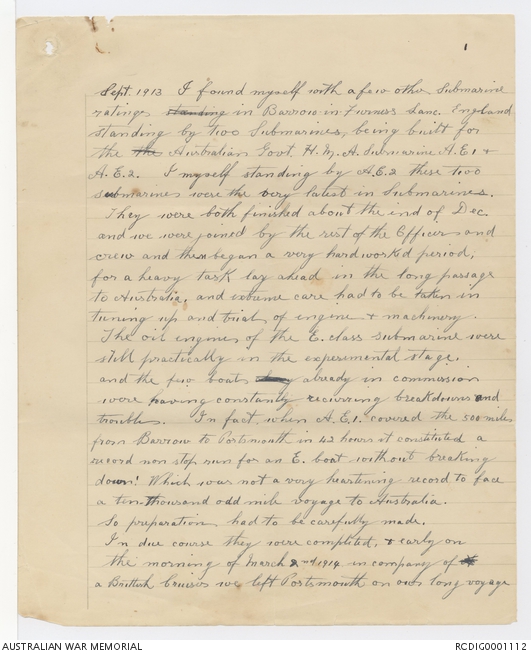