Godwin enlisted to the Royal Australian Air Force on 15 August 1941 at Sydney, New South Wales. He attended Initial Training School, Elementary Flight Training School, and Service Flying Training School before embarking for overseas service on 13 November 1942. On 28 December 1942, he disembarked in the United Kingdom and commenced Advanced Flying Training, followed by Operational Training. In August 1943, Godwin converted from Airspeed Oxford and Vickers Wellington bombers to Avro Lancaster bombers. He was posted to the 460 Squadron, Royal Australian Air Force, on 19 October 1943 and was later given the rank of pilot officer. With the 460 Squadron, Godwin flew Lancaster bombers in operations as part of the strategic bombing offensive against Germany.

On 20 February 1944, Godwin was flying in a bombing operation against Leipzig, Germany, when his aircraft was attacked by German fighter planes. His bomb bay caught alight, and the aircraft crashed in Steinhuder Lake near Hagenburg, Germany. Kenneth James Godwin was presumed to have died in the crash, at the age of 22. His body was never found. He is remembered at Runnymede Memorial, Surry, United Kingdom. 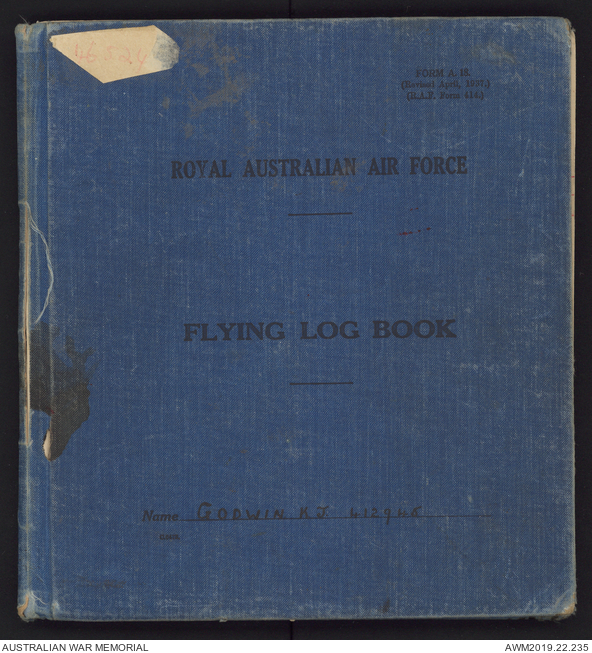