On returning to Australia, he married Edith Gerner Brain in 1901 and continued to serve with the military forces. The couple had six daughters and two sons, born between 1902 and 1921. Their daughters were Ethel Gibson; Frances Grace; Helen Ferguson; Elsie Mary; Nancy Margaret; Victoria Adelaide; and Bonnie Edith. Their two sons were Gordon Grant and Bruce Gibson. Records indicate that Wallace and his family resided at Wangaratta from 1902 to 1903; at Euroa from 1905 to 1907; and at Ballarat during 1909.

Wallace served as a drill instructor in the military prior to the outbreak of the First World War. During 1917, he was stationed in Benalla for six months, where he helped the Red Cross with voice, costumes and raising funds, and assisted with the purchase of a piano for the local Drill Hall. He returned to Melbourne in September 1917 to assist with camp duties, and was living at Eva Street in Malvern during 1919. After this, Wallace moved to several suburbs including Malvern East, Glen Huntly and Carrum. By 1949 he was residing at Mile End Road in Oakleigh.

Wallace continued to serve in the military forces as a permanent soldier until his retirement in the 1930s. A letter he wrote to the Editor of The Argus, dated 18 April 1928, reflected his interest in the military and personal thoughts on procedures for the promotion of permanent soldiers. This letter was written in response to claims about promotion in the armed forces by the then Minister for Defence, Sir William Glasgow.

Wallace wrote several pieces of music including “Somewhere in Palestine”, penned on 15 May 1919. He later composed another musical piece during 1926 titled “Days of childhood”. He also wrote several poems, one of which was about the Ballarat council elections of 1913, and published in The Australasian newspaper on 14 June 1913. Another of his writing endeavours was “Playing a man's part”. This booklet was published about 1916 and was available from several places across Victoria. The Rutherglen Sun and Chiltern Valley Advertiser described this work as a war story that begins in Gippsland in 1893 with stories about pioneering days, and then moves to Gallipoli where a father and son both fall during the landing. The booklet also features another poem written by Wallace on 13 June 1913 titled “No Surrender”.

Wallace was fondly remembered in his home town of Sale for his keen interest in the town, even after he moved away. Indeed, he continued to regularly visit the town, and was an active member of the Old Sale-ites Association. He was well-known among locals for stories he told of the early pioneering days in the Gippsland area. In line with his keen interest in history, he was a member of the Victorian Historical Society.

Peter John Charles Wallace died at Melbourne on 6 May 1953 at the age of 86, and is buried at Box Hill Cemetery, Victoria. 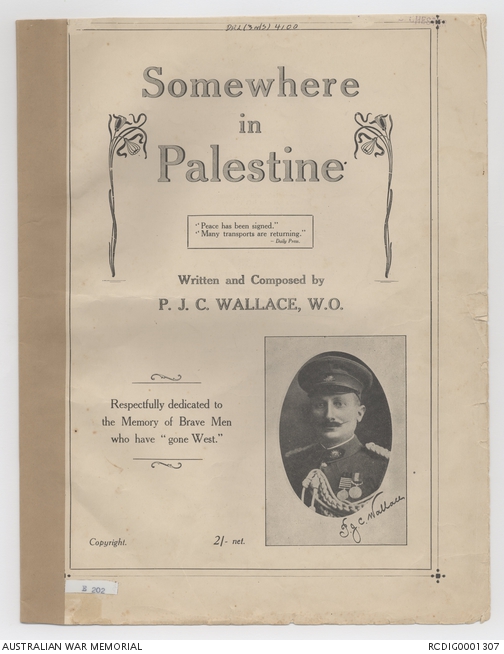 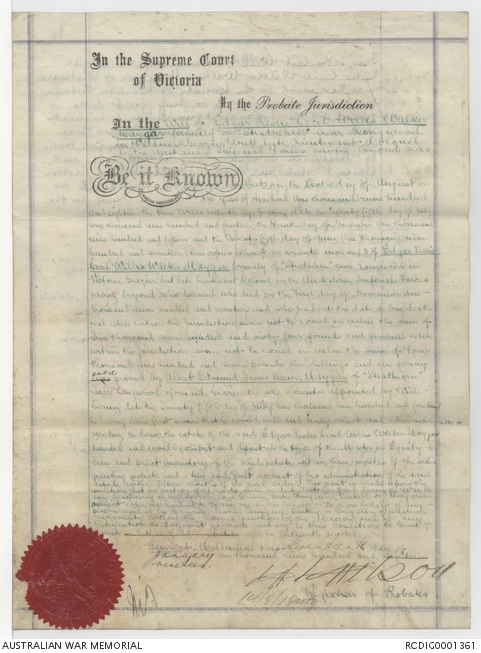