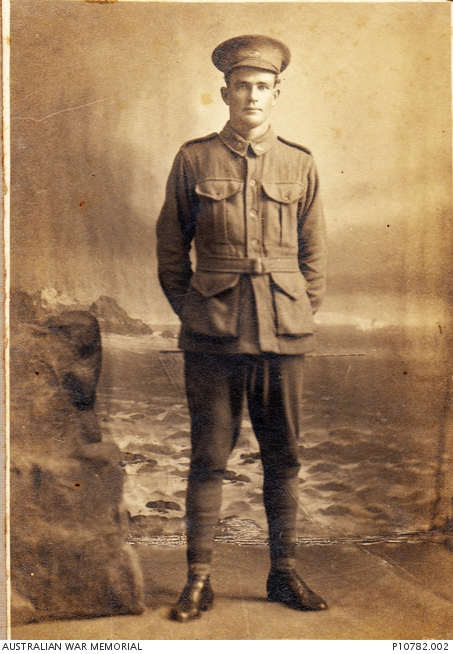 Studio portrait of 429 Private (Pte) Thomas Manderson, 42nd Battalion from Gin Gin, Queensland. A 26 year old labourer prior to enlisting on 26 October 1915, he embarked for overseas with B Company from Sydney on 5 July 1915 aboard HMAT Borda. Following further training in England, he proceeded to France to join the 42nd Battalion in November 1916. Pte Manderson was killed in action at Messines, Belgium on 9 July 1917 and buried in the Bethleem Farm West Cemetery, Belgium. His younger brother 428 Corporal Charles Manderson also served with the 42nd Battalion and was killed in action in France on 31 August 1918. [See image P10782.005.]