Reuben Alfred Polglase was born in January 1893 in Bourke, New South Wales, to parents William and Harriet. It appears he enlisted in the Australian Imperial Force twice; embarkation rolls show that he left Melbourne with the 13th Battalion aboard HMAT Ulysses on 22 December 1914. However, his service record shows him enlisting almost a year after this, on 16 November 1915. This time he gave his occupation as a railway employee, and had in the interim married Annie Fairlie. Embarking on 7 October 1916, Polglase served with the 18th Battalion for about three and a half months in 1917 before returning to the 13th Battalion, where he also played the trombone in the battalion’s band. He returned to Australia on 11 May 1919, and passed away in 1971 at the age of 78. 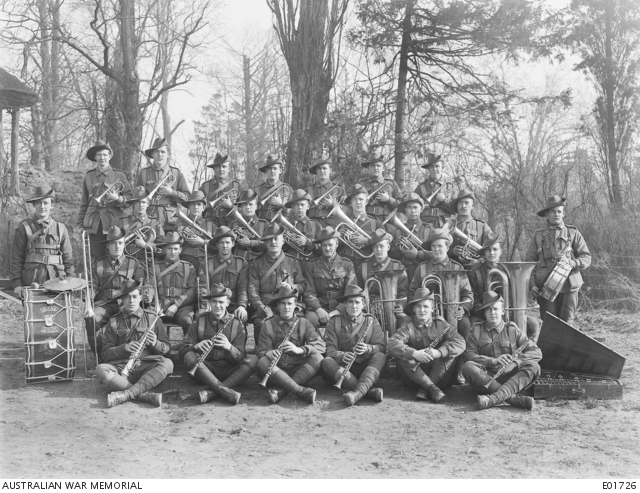 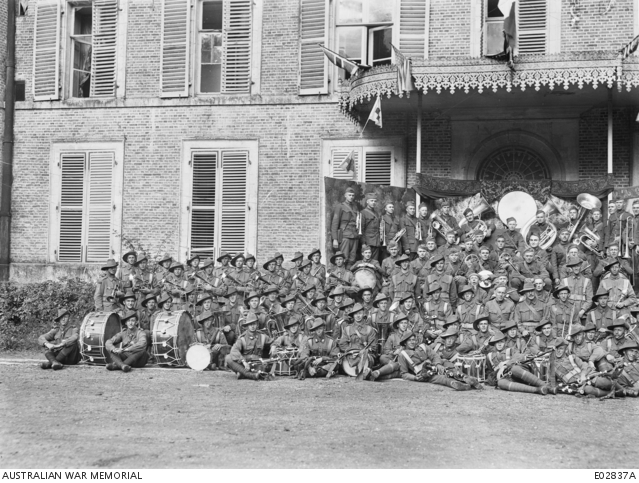 An outdoors group portrait of members of the combined bands of the 4th Australian Infantry ... 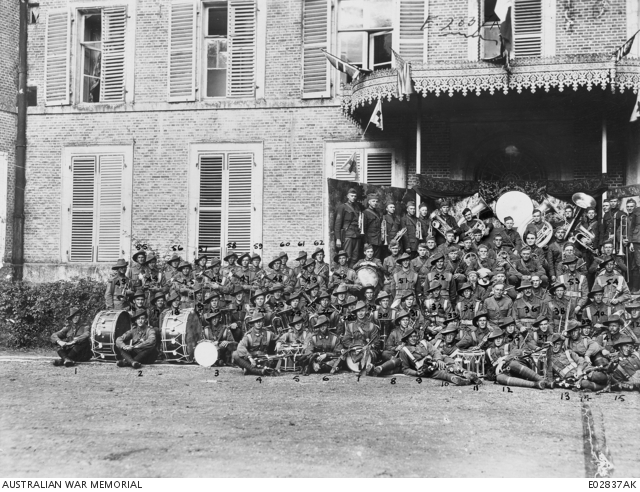 Reference image only to provide position detail for those named. This image is not for sale. An ...