Albert Piggott was born in Little Marlow in England on 8 May 1892. He was the second-youngest of six children born to parents George Henry Piggott and Sarah Jane Watts. From the age of 18 he worked as a ship’s steward. It is not known when he arrived in Australia, but six years later he enlisted in the Australian Imperial Force on 17 August 1915. That December Piggott embarked from Sydney with the 2nd reinforcements to the 30th Battalion aboard HMAT Berrima. He was transferred to the 13th Battalion the following March and remained with this unit for the rest of the war. He was wounded in France in August 1916 and was admitted to hospital suffering from shell shock. Piggott also served with the 13th Battalion Band before returning to Australia aboard the Armagh in April 1919. He died at the age of 80 in September 1972. 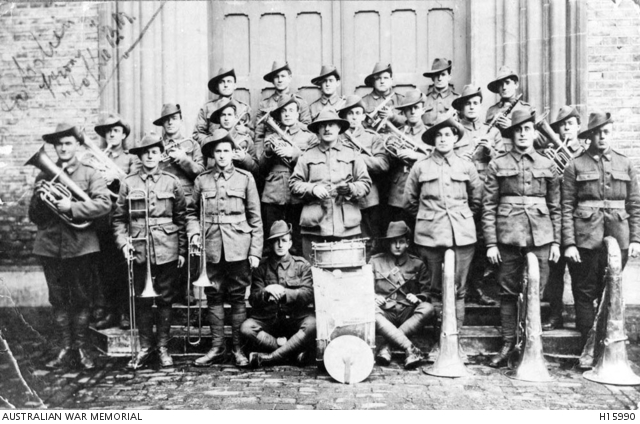