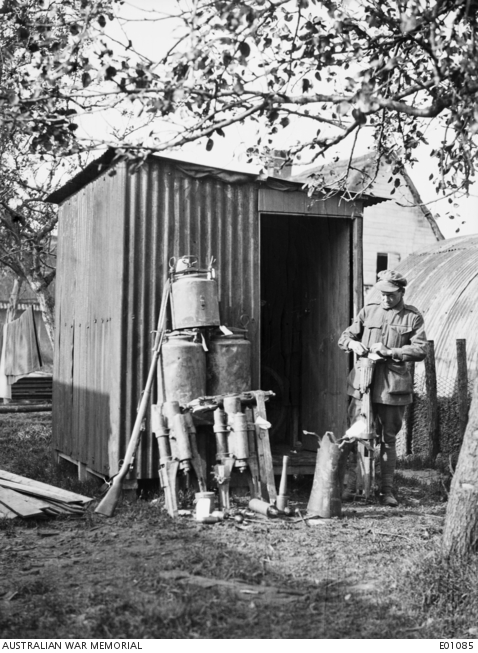 Ernest Lionel Bailey was born in Sydenham (south-east of London) England around 1886, and came to Australia at the age of 23. Initially arriving in Fremantle, he then settled in the gold mining area of Meekatharra and worked as a gold assayer and engine driver.

In August 1915, Ernie, as he was more commonly known, enlisted in the Army at Blackboy Hill. Assigned service number 2585 and as a Private, he embarked on 2 November 1915 from Fremantle with 28th Infantry Battalion reinforcements onboard HMAT Ulysses.

After arriving in Egypt, and being allotted to 51st Infantry Battalion, he suffered a bout of illness which saw him spend some time between June and July 1916 at Fargo Hospital in England. In September 1916 after he had recovered, he was sent to France and re-joined his battalion which had just suffered huge casualties at Mouquet Farm. January 1917 saw him taken on strength of 1st Anzac Corps Salvage Section. The Salvage Corps was mostly comprised of men whose mechanical skills equipped them to collect and sort equipment and kit, and discarded weapons including both spent and unfired ammunition.

Granted leave to England in August 1917 and traveling to Sunderland, he married Emily Klein, whom he affectionately called ‘Aimee’. Upon re-joining his unit in September he was promoted to Corporal and detached for duty with the Australian War Records Section [AWRS], 1st Anzac Headquarters. The AWRS had been recently established at Charles Bean’s instigation, and was commanded by Major John Treloar. Its aim was to collect records and relics for what would later become the Australian War Memorial.

Bailey was accidentally killed at Ailly-sur-Somme on 17 May 1918 while trying to remove the explosive from a live German trench mortar bomb, which he was collecting. Charles Bean and others ran into the yard and saw Bailey 'lying amongst the straw and the shattered German packs. Someone had thrown a blanket over him but he was terribly injured - a leg and an arm blown off'. When writing to Treloar, Bean paid great tribute to Bailey when he said: 'the great Australian War Museum when it finally stands in the Australian capital will be a monument to him for it is his work that thousands upon thousands of Australians will see as they walk down those galleries'.

Ernest Lionel Bailey was buried on 18 May 1918, at Vignacourt British Cemetery, grave reference II D 15. He was the only member of the AWRS to be killed in the course of duty and was given a military funeral.

His widow Emily, when contacted by the Memorial in 1927 to enquiry about any records, relics or mementos she might like to donate, replied: ‘I would only part with them for the Australian War Museum because my husband’s heart was in the work’. 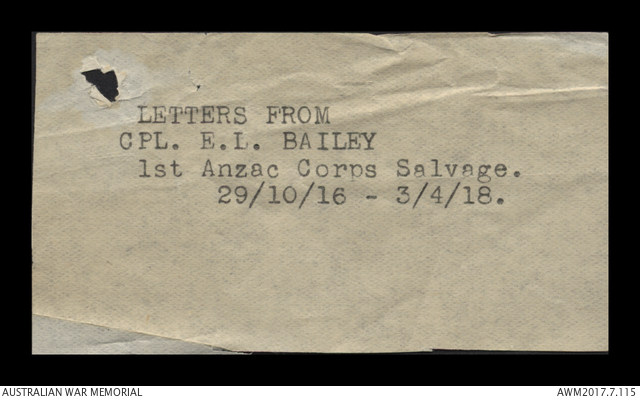 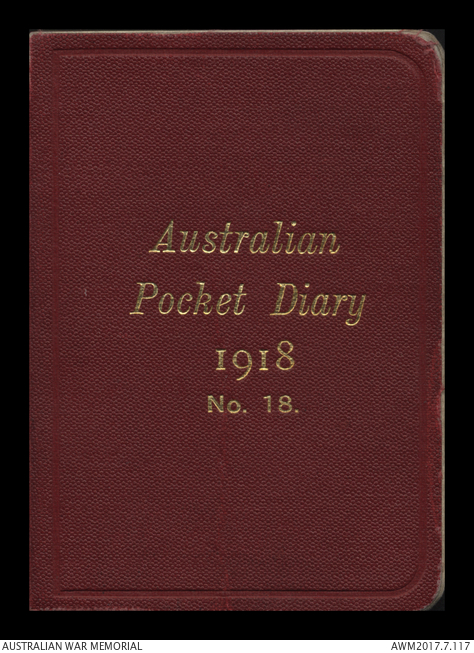 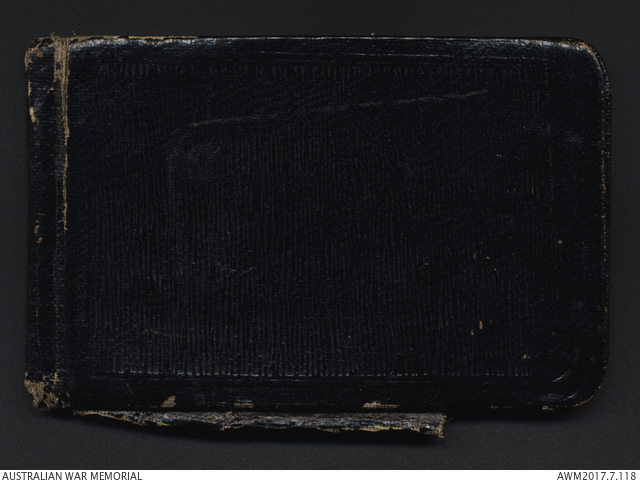 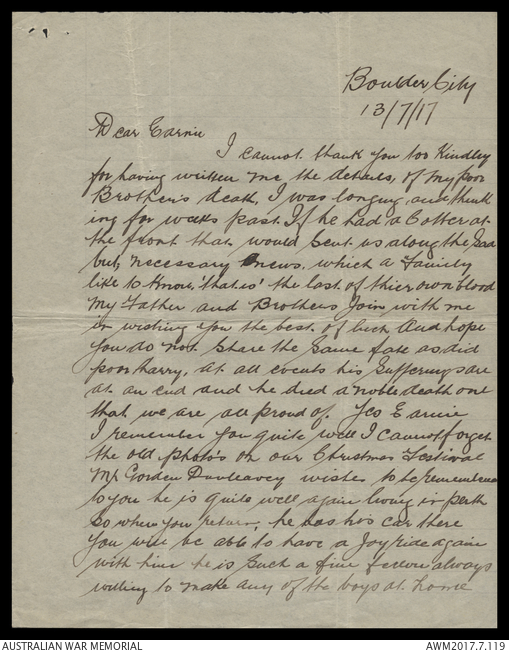 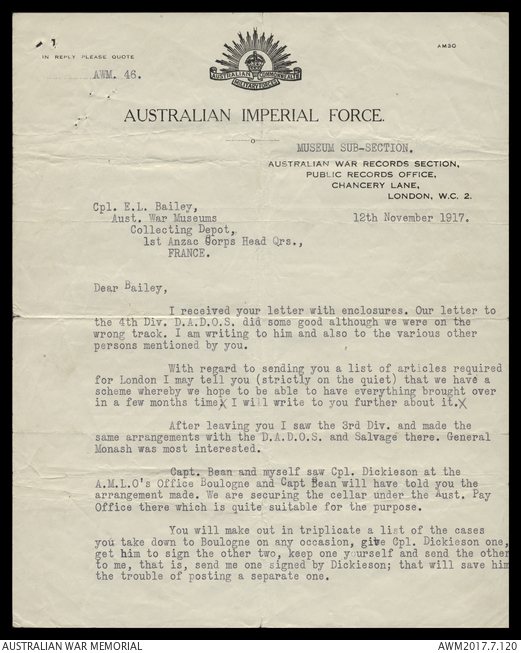