Robert William Wyllie Adam was born in Perth, Western Australia in 1889. He was educated in England where he attended schools at East Molesey, Surrey and Rugby, Warwickshire.

The Adam family were a distinguished British political family. Robert Adam’s great grandfather was the famous Admiral Sir Charles Adam, and his grandfather William Patrick Adam, was Liberal Whip for the Gladstone administration, and Governor of Madras. His mother, Jane Emily Adam, was the sister of George Leake, who was twice the premier of Western Australia.

Adam returned to Perth at age 18 and worked as a farmer. He enlisted in the Australian Imperial Force on 3 February 1915. He was assigned to the 11th Infantry Battalion. Following basic training at Blackboy Hill, he departed Fremantle on 25 April 1915 aboard HMAT Hororata.

Adam served at Gallipoli from June to November 1915, inclusive of a period of illness during July and August. He was transferred to France in April 1916, where he fought in the battle of the Somme and was fatally wounded at Pozières. For his actions at Pozières, Adam was recommended for a Military Medal. Robert Adam died of wounds on 26 July 1916 and is commemorated on the Villers-Bretonneux Memorial, France. 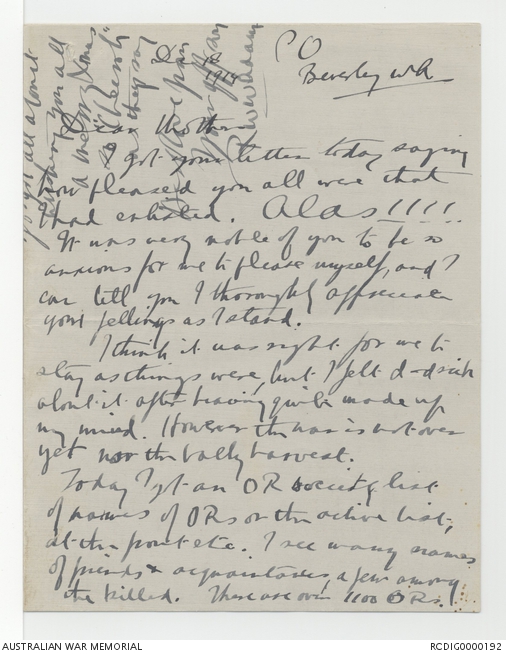 Letters from Robert William Wyllie Adam to his Mother, 1914-1916

Letters from Robert William Wyllie Adam to his Mother, 1914-1916 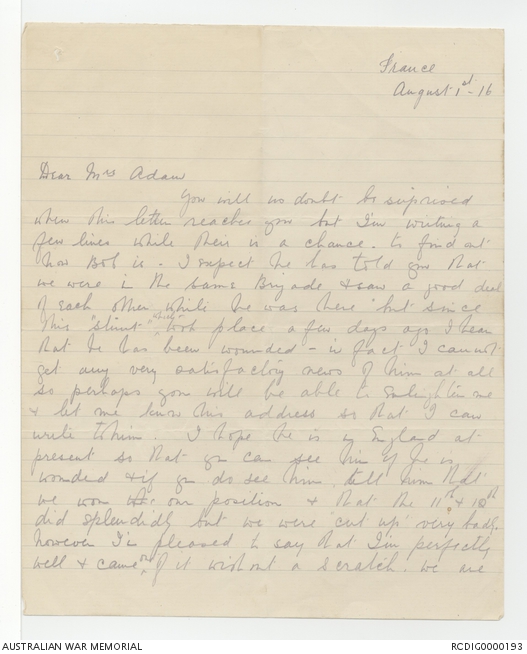 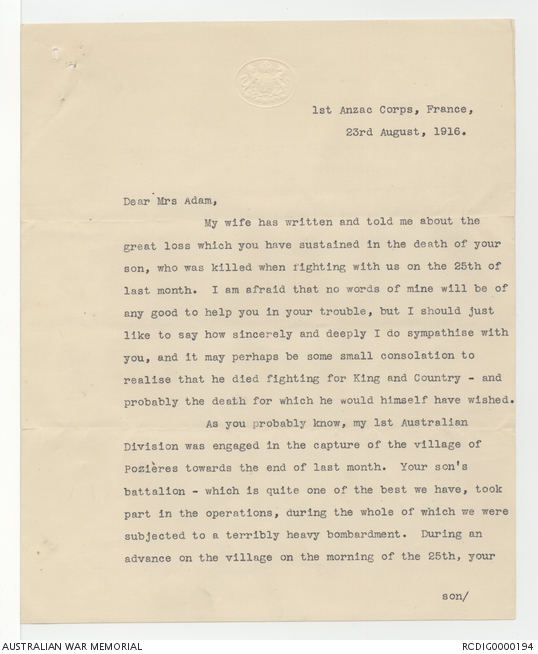