Arthur Charles Allison was born at Euroa, Victoria in 1897. At the outbreak of the First World War he worked as a clerk and lived with his uncle, Frederick William Allison, in Fitzroy, Victoria. Both of his parents were deceased. Allison enlisted in the Australian Imperial Force on 6 March 1916 with 3 years of experience in the cadets.

After completing training at the AIF Signal School, he was assigned to the 29th Infantry Battalion. Private Allison departed Melbourne aboard HMAT Berrima A35 on 4 July 1916. He then proceeded to France aboard SS Princess Clementine on 30 December 1916. Allison was wounded in action on 2 March 1917.

Following a gunshot wound to his left forearm, he was admitted to Southwark Military Hospital on 13 March 1917. He returned to Australia aboard HMAT Themistocles on 5 November 1917. He was officially discharged from the AIF on 1 July 1918. Arthur Allison died in 1963 in Victoria, Australia. 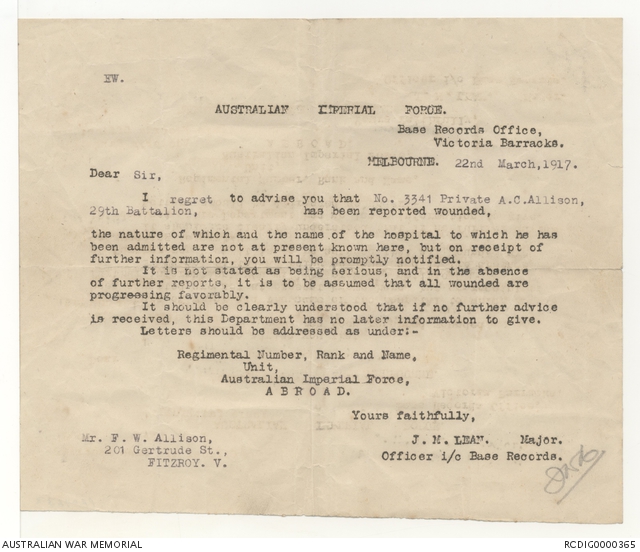 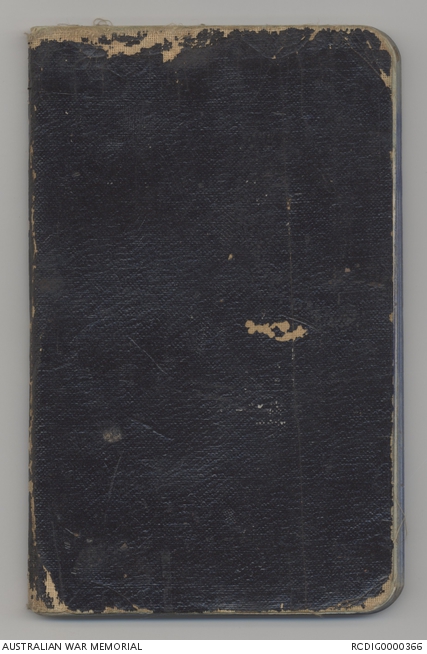