Alfred James Fell was born on 7 May 1890 at Liverpool, England to Captain Alfred and Christina Fell. He attended Wallasey Grammar School in England and Sydney Church of England Grammar School after arriving in Australia. Fell worked as an accountant before enlisting as a sergeant in the Australian Imperial Force on 22 August 1915. In April 1916, he was assigned to the 34th Battalion which had been formed in Maitland, New South Wales that January.

Fell departed Australia aboard HMAT Hororata with the 34th Battalion on 2 May 1916. The battalion spent five months training in England and it was during this time that Fell attended the bombing school at Lyndhurst and Officer training school for Non-Commissioned Officers at Tidworth. He accompanied his unit to France on 21 November 1916. Fell was awarded the Military Cross on 27 November 1918 for his actions at Villers Bretonneux between 4 and 5 April 1918. In May 1918, Fell was reported missing and noted as a German prisoner of war on 27 May 1918. He was repatriated after the war and arrived in England on 1 December 1918. Alfred Fell returned to Australia from England aboard HMAT Orca and arrived in Sydney on 3 April 1919. 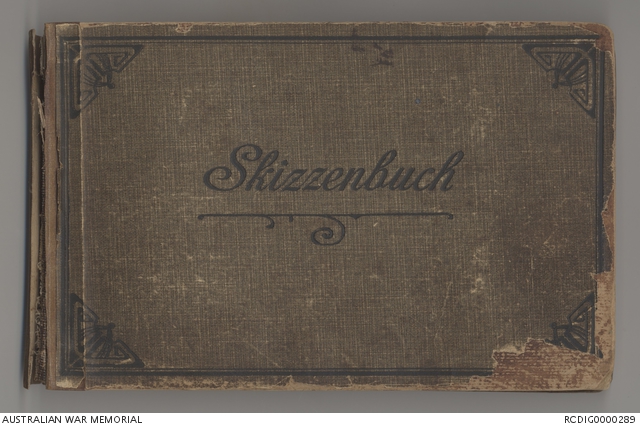 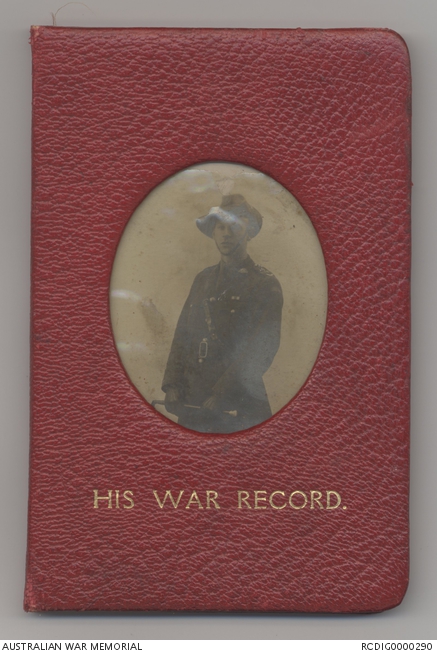 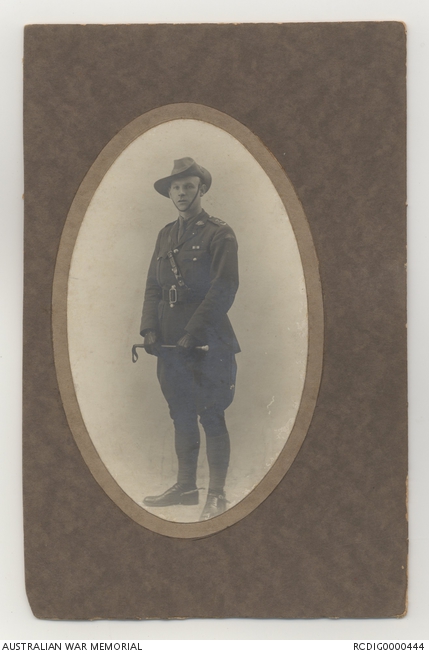 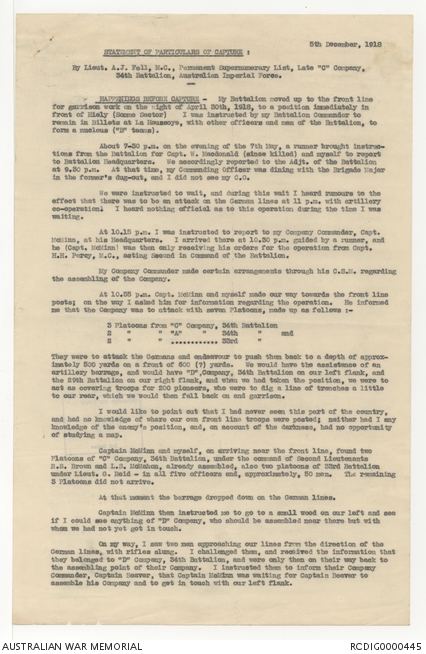