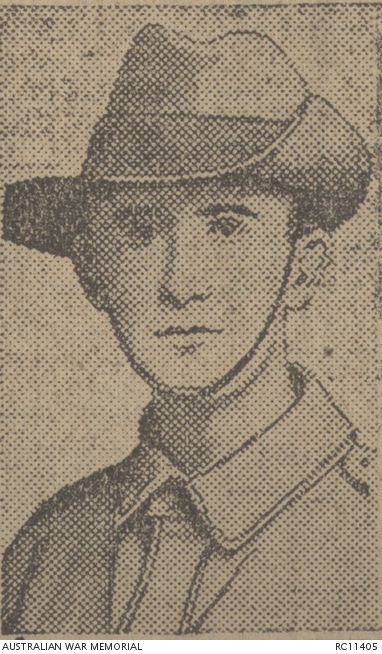 Cecil Anthony McAnulty was born at Ballarat, Victoria, in 1888. He originally enlisted with the 3rd Infantry Battalion of the Australian Imperial Force on 4 November 1914. However, he was discharged prior to embarkation for an unknown reason. Undeterred, the 26-year-old clerk enlisted again the following year on 11 February 1915, this time with the 2nd Infantry Battalion, and departed Sydney aboard HMAT Argyllshire on 10 April 1915.

In May McAnulty and several others of the battalion were sent to reinforce the 3rd Battalion on Gallipoli. He had kept a diary since the day he left Australia and recorded his experiences on Gallipoli in great detail. One of the last entries concerns the fighting at Lone Pine in early August. McAnulty described his amazement at reaching the opposing Turkish trenches, charging in a trance through the flurry of machine-gun and rifle fire. Sadly, his last entry ends mid-sentence while he is describing the battle.

Cecil McAnulty was killed in action at Lone Pine, sometime between 8 and 10 August 1915. He was originally buried at Brown's Dip North Cemetery but was later reinterred at the Lone Pine Cemetery on Gallipoli.