Thomas James ‘Rusty’ Richards was born at Rose Valley, Vegetable Creek (Emmaville), New South Wales, on 29 April 1882 to John Richards and his wife Mary Ann (nee Davis). At the age of fifteen, he began what would be a successful career in rugby union. As an international player, Richards travelled to South Africa and England, representing both Australia and Britain, and won a rugby Olympic gold medal for Australia at the London Olympics in 1908. He retired from football in 1913, after which he wrote on the sport for various publications.

In August 1914, with the outbreak of the First World War, Richards enlisted for service with the Australian Imperial Force (AIF). The 31-year-old, who was living in Sydney, was allotted to the 1st Australian Field Ambulance (AFA) and joined the rest of the recruits at the camp at Queen’s Park. On 20 October 1914 the men left Australia aboard the troopship HMAT Euripides, bound for Egypt. After arriving in Egypt in early December, the 1st AFA was established at Mena. Richards and the unit remained in Egypt until early April 1915, when they were travelled to the island of Lemnos in preparation for the landing at Gallipoli. He and the unit landed on 25 April 1915, Richards describing wading knee deep through the water under shrapnel fire. It was on this day that Major Blair Inskip Swannell, an international rugby player that had coached him back in Australia and had also enlisted, was killed advancing on Baby 700. As a stretcher bearer, on that day and in the weeks after, Richards was involved in evacuating wounded from the hills down to the beach for treatment. With the exception of a period of convalescence back in Egypt, he remained on the peninsula until the evacuation in December.

After the evacuation, Richards and the 1st AFA returned to Egypt where they spent the first few months of 1916. At the end of March they were sent to France, and by June were receiving their first wounded from the fighting on the Western Front. That month the unit was sent to Doulieu, near Armentieres, following the 1st Australian Division which had been allotted a sector of the nearby front. In July, Richards and the 1st AFA were sent to Warloy near Albert to support the 1st Division which had been moved south from Armentieres to take part in a nearby attack at Pozieres. They remained in the area around Albert for the next two months as the fighting at Pozieres and Mouquet Farm continued on. At the end of November, Richards was commissioned as an officer, attaining the rank of second lieutenant, and was transferred to the 1st Infantry Battalion which wintered on the Somme during the winter of 1916/1917.

The following year, in March 1917, Richards was sent for further training at I ANZAC Corps School. After returning to his unit in early April, he took part in the Second Battle of Bullecourt on 4 May 1917 during which his back and shoulders were wounded by a bomb explosion. He would be awarded the Military Cross for his actions during the battle. Richards was subsequently transferred to England for medical treatment and was also promoted to lieutenant. Returning to his unit in early August, he was once again wounded in action, this time by a gunshot wound to the right arm in late September. Richards was again sent to England for treatment, returning to the 1st Battalion in early February 1918. The battalion was one of many involved in halting the German Spring Offensive in the following months. In May, due to ongoing problems with his back, he was invalided to England and was officially struck of strength. Richards returned for Australia early the following year.

In the years after returning to Australia, Richards married Lillian with whom he had two children. On 25 September 1935 he passed away from advanced tuberculosis at Rosemount Repatriation General Hospital, Brisbane. 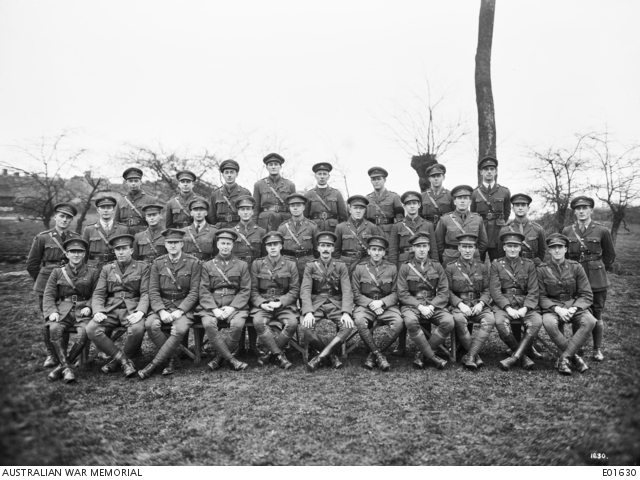 Group portrait of the officers of the 1st Battalion at Meteren. Left to right, back row: ... 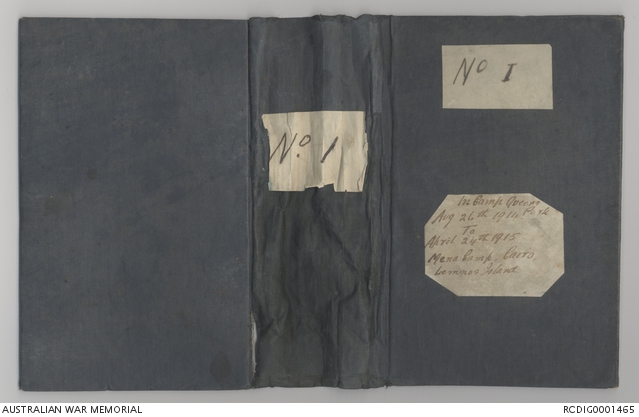 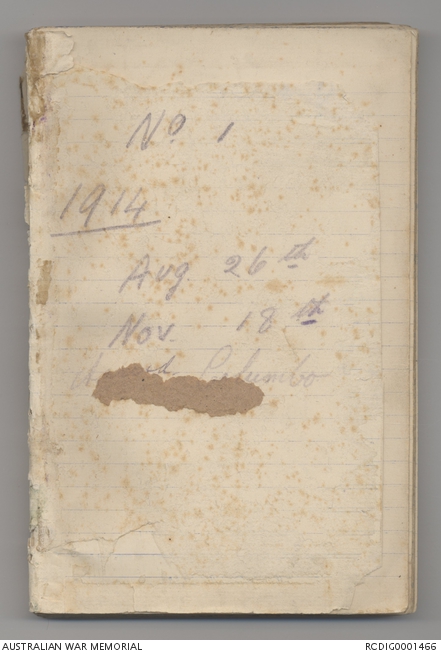 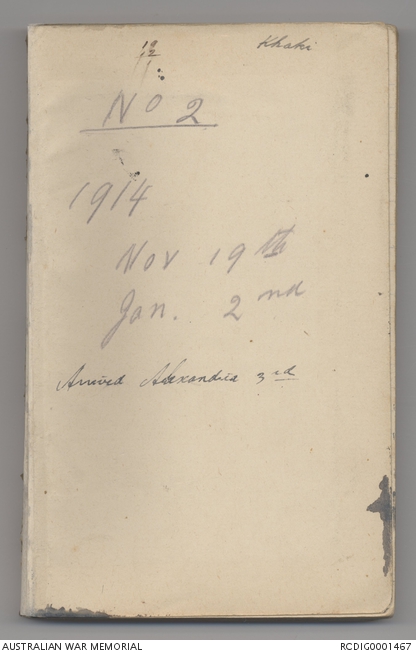