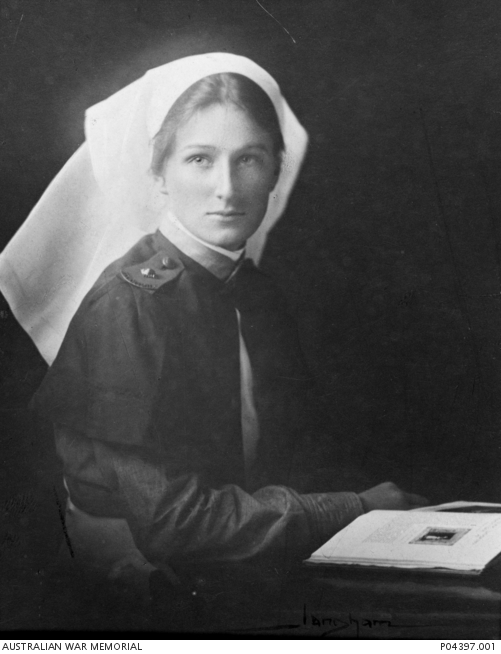 Christine Erica Strom was born on 2 August 1892 at Ascot Vale, Victoria. She was the second daughter of Herman Strom, a Master Mariner, and Mary Eadington Rule Strom (née Pyott), a homemaker, who had met and married in England in 1886 and migrated to Australia shortly thereafter. Strom began training as a nurse at the Royal Melbourne Hospital in 1913. By 1917 she had become an experienced nurse and in May that year she enlisted with the Australian Army Nursing Service (AANS) as a staff nurse. On 12 June 1917, the 25-year-old, along with nearly one hundred other nurses, embarked from Melbourne aboard the steamer RMS Mooltan, bound for Egypt.

Strom quickly found that she had not inherited her father’s sea legs and her journey was marred by bouts of seasickness. On board she grew closer to her fellow nurses, including three whom she would grow particularly close to over the coming years: Ellen Christine Melville, Norma Noham Scott and Constance Adelaide Horwood. The Mooltan stopped at several ports on its journey to Egypt, and Strom and her friends took these opportunities to experience each destination, which included Colombo, Bombay and Aden. After arriving in Egypt the nurses were sent to Salonika in Greece to serve with the British military tent hospitals there, arriving at the end of July.

Strom was assigned to the 66th (British) General Hospital and once there she took up her role with vigour. She had been keeping a diary since her embarkation from Australia and continued to make detailed entries that encapsulated daily life as a nurse at Salonika and the often difficult conditions under which the nurses served. Strom set about furnishing the tent that she shared with Horwood and Scott, gradually making it more homely. In September, Horwood and Scott were transferred, and whilst Strom initially found it strange without the two, her good friend and fellow nurse Melville still remained and she would periodically arrange to catch up with them.

In November 1917 the 66th was evacuated and Strom, along with Melville, was transferred to the 42nd (British) General Hospital. The extreme heat and malaria of the summer months and the extreme cold and pneumonia of the winter months had been affecting soldiers and nurses alike. Despite the often challenging conditions, Strom continued to find the humour in many things, in one particular case about the ration biscuits which she posited had the letter “B” stamped on them so as not to mistake them for the local rocks, hard as they were. Through it all she maintained a strong sense of duty and attachment to the British soldiers under her care, and on more than one occasion was reprimanded by her British superiors for growing too close to her charges.

By the later stages of 1918 the conditions at the 42nd had deteriorated markedly and the hospital was overwhelmed with sick soldiers. The nurses were also susceptible and the death of staff nurse Gertrude Evelyn Munro in September 1918 from pneumonia and malaria hit Strom and the other nurses hard. Fortunately, for the soldiers and nurses alike, the war ended soon after and in January 1919 Strom and the other nurses were sent to England where Strom was attached to the 3rd Australian Auxiliary Hospital at Dartford. Whilst in England she took the opportunity to travel around the United Kingdom on leave. On 17 July 1919 she left England, arriving back in Australia on 11 September 1919, and was officially discharged on 21 February 1920. Several years later, on 8 September 1924 at Armadale in Victoria, she married Walter Bonwick who had served as an infantryman during the war.

In her later years Strom regularly travelled overseas to give nursing assistance at various Save the Children Fund camps. She also continued to write poetry, which was published in various newspapers and also compiled into books which were then sold to raise money for the Fund. Christine Erica Strom passed away in 1984 at Mont Albert, Victoria. She was 91 years old. 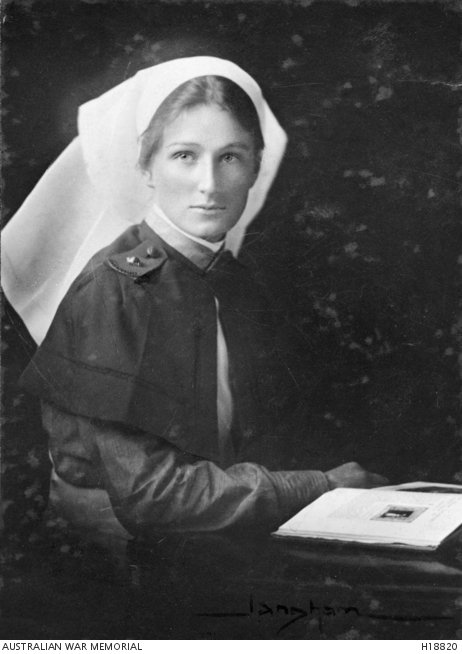 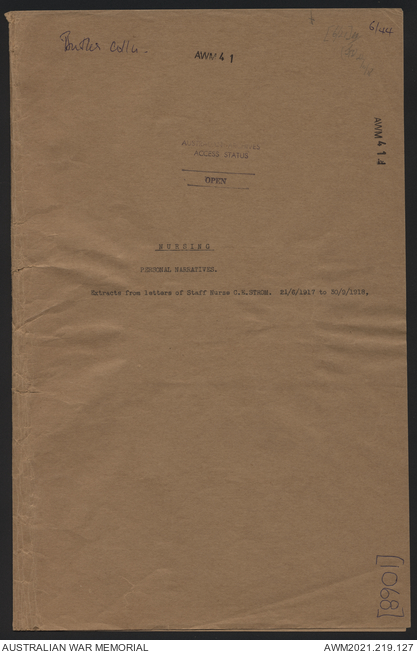 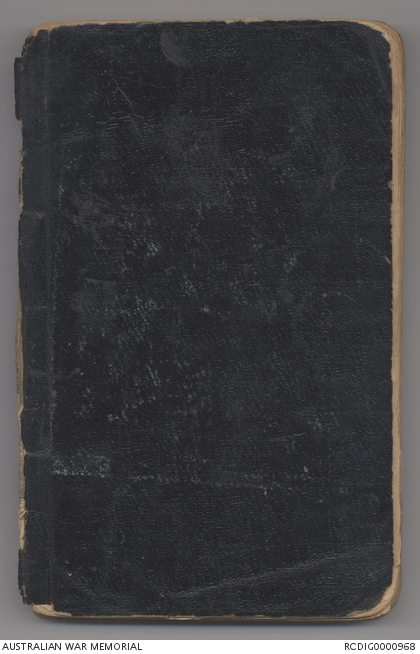