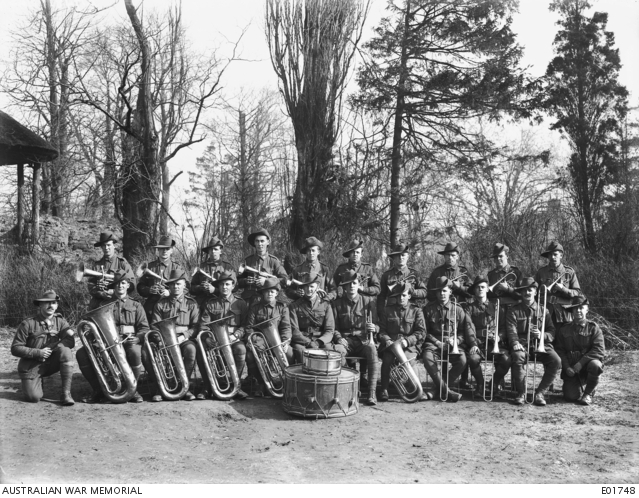 Albert Bowring was born at Launceston, Tasmania, to parents Joseph and Phoebe, nee Deane. Known as Bub, he was the second in a family of six children, with older brother, Frank; three younger sisters, Mary, Kathleen, and Alice; and one younger brother, Harold. Albert was working as a signwriter when he enlisted in the Australian Imperial Force on 1 July 1915. This was his second attempt, as he had been rejected two months earlier on the basis that his “chest measurements were too small.” He was 27 years old.

Bowring embarked with the 8th reinforcements of the 15th Infantry Battalion at Melbourne on 21 August 1915, aboard HMAT Kyarra. He left Alexandria, Egypt on 18 October 1915 and was taken on strength with the 15th Battalion at Lemnos on 23 October 1915. .He arrived in Alexandria, after leaving Mudros, on 29 December 1915. Bowring was hospitalised in Ismailia on 19 January 1916 with appendicitis. Between 20 January and 8 February 1916, he was admitted to both the 1st and 2nd Auxiliary Hospitals with a dental concern. He rejoined his unit on 10 February and arrived at Marseilles , France on 8 June 1916.

It was later revealed that he was also an artist and musician; while on active service, he designed the concert program for a performance by the 4th Australian Brigade Concert Party in France on 14 July 1917. He also served in the 15th Battalion Band, playing the baritone horn. Albert was promoted to the rank of Lance Corporal on 29 August 1917. This reverted back to the rank of Private on 17 May 1918 , following a decision by his commanding officer in response to an incident of absent without leave while on active service (WOASAWL).

Bowring was wounded in action on 4 July 1918 during the Battle of Hamel, and died of these wounds at the 13th Field Ambulance Post on the same day. Albert Bowring is buried in the Villers-Bretonneux Military Cemetery .